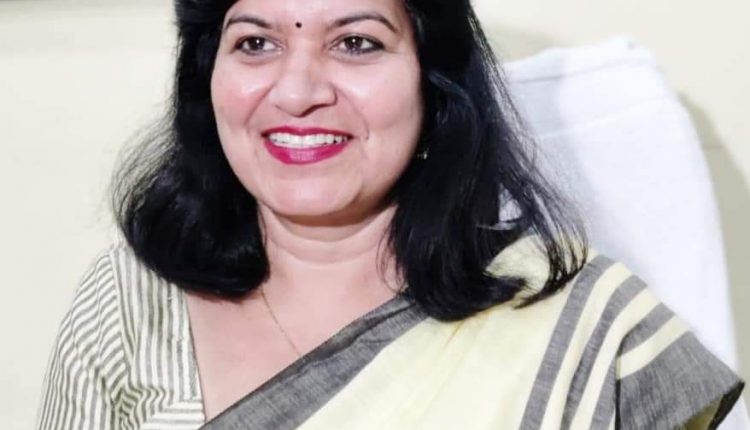 Bhubaneswar: Taking an exception to the Odisha chief minister seeking release of pending amount of over Rs 1088 crore under MGNREGS from the Centre, Bhubaneswar MP Aparajita Sarangi on Saturday said the state government should submit the previous audit report and utilisation certificate.

Speaking to the media here on Saturday, Sarangi said the state government is not following the rules while seeking additional funds from the Centre. It should abide by the rules and regulations of MGNREGS for availing the funds.

Clarifying her point, the BJP leader said a state government needs to submit the audit report and utilisation certificate before the Rural Development Ministry by March 31, 2021 before seeking more funds under the scheme. Though other states are abiding by the rules, the Odisha government was not following the norms, she added.

Citing a recent instance, the BJP leader said after the state government submitted the audit report and utilisation certificate on November 1, 2021, an amount of Rs 847 crore under the scheme was released by the Centre within five days.

It may be noted that chief minister Naveen Patnaik on November 1 had written to Prime Minister Narendra Modi requesting the Centre to release pending amount of over Rs 1088 crore soon.

Stating that payment of wages to the poor jobseekers is the fundamental guarantee under the MGNREG Act, Naveen wrote, “Rs 1088.72 crore liabilities including Rs 377.91 crore as wage component and Rs 710.81 crore as material component are pending under MGNREGS for Odisha.”

Several Injured In Knife Attack On Highspeed Train In Germany