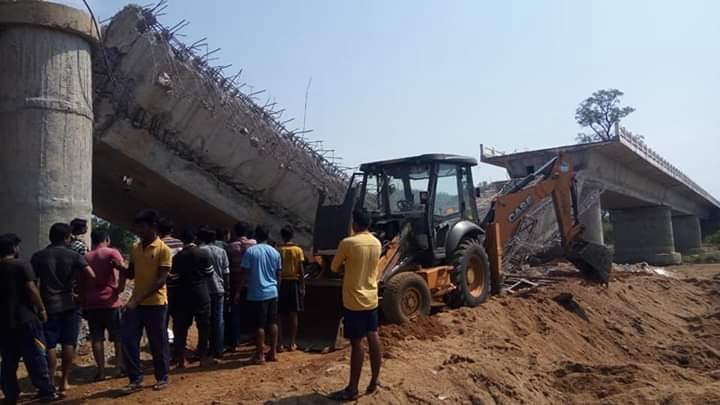 Bhubaneswar: The Odisha government on Thursday blacklisted Ram Kumar Agrawal Engineers Private Limited for the collapse of the Suktel bridge in Balangir district on March 29. Two labourers had been killed in the mishap.

The media had brought to the notice of the government about one of the pillars of the bridge being compressed due to poor construction work. But the firm had said that the pillar needed minor repair work.

The bridge collapse has meant that road communication to Tamia in Madhya Pradesh and Mudalsar in Patnagarh panchayat has been disrupted.

End Of An Era: Odisha Gandhian Bhabani Pattanayak Passes Away