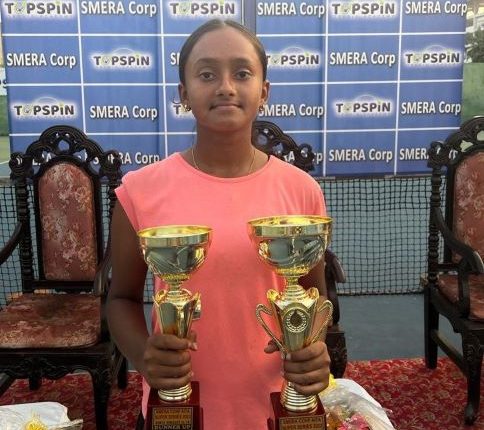 The 13-year-old girl from Bhubaneswar won the U-16 doubles crown with statemate Krishna Raj at the AITA Super Series tournament in Kolkata.

Last month, Aradhyaa clinched the U-14 girls’ doubles title with Bengal’s Aleena Farid in the Fenesta Open National tennis championship at DLTA, New Delhi. Before that, she won a double crown at Guwahati and back-to-back trebles at Rohtak.

In June, Aradhyaa lifted the doubles crown and finished runner-up in singles at the Asian U-14 Championship at Bhilai.