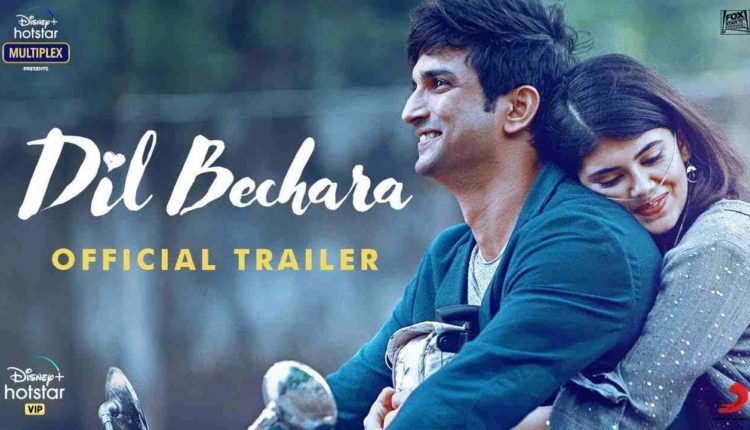 While the actor’s fans kept on requesting the movie makers to release the film in Indian theatres, ‘Dil Bechara’ was released digitally on Disney+ Hotstar in view of the pandemic.

The organisers in the foreign country even paid tribute to the late Bollywood actor by requesting people to maintain silence for 60 seconds before the screening of the film.

“Now we in New Zealand are amongst the very few countries jahan pe hum yeh movie cinema screen pe dekh paa rahe hai. So it is our responsibility to pay tribute to Sushant Singh Rajput. Can I now with a lot of humbleness request each one of you to stand wherever you are in silence for 60 seconds,” he added.

#newzeland 🇳🇿 hosts a special screening of #sushantrajputsingh film #Dilbechara and also becomes the first country to have a proper theatrical release of this film. Since last 100 days not a single case of covid was reported but there is now news that they have discovered 4 new cases in the country. But overall this country is one of the safest 👍. Meanwhile the support for SSR continues world over. Hopefully we should not make a shameful figure in front of the world. #viralbhayani @viralbhayani 🎥 @radiotarana

‘Dil Bechara’ starring Sushant Singh Rajput and Sanjana Sanghi was released on Disney+ Hotstar on July 24, 2020. After its, release, the movie received 10 on 10 ratings from IMDb.

Another Low Pressure Over Bay Of Bengal Likely By August 19