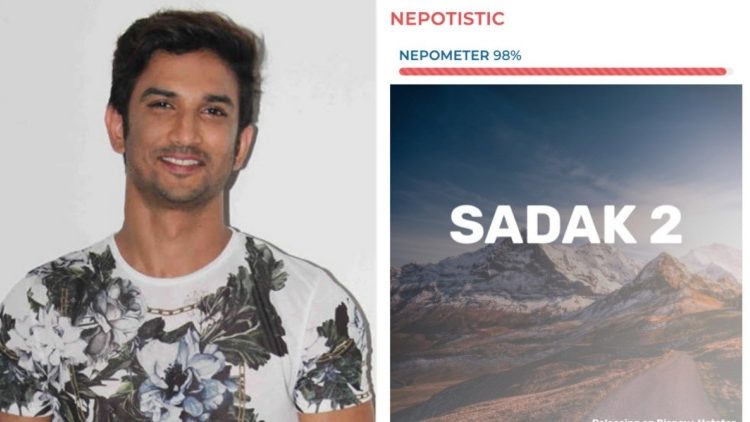 Mumbai: After the tragic demise of Sushant Singh Rajput, a self-made actor from Bihar who made it big in Bollywood without a Godfather, the evils of nepotism in the industry is again being talked about.

Talking about the app, the makers said, “The goal of this app is to provide you with a percentage meter of how nepotistic or independent upcoming movies are and send you a notification to watch more independent movies. If the Nepometer is high, then it’s time to ‘Boycott Bollywood nepotism’ (sic)”

Mahesh Bhatt’s ‘Sadak 2 was measured on Nepometer and here’s the result:

The rating on Nepometer showed 98%. The makers of the app wrote that the film was rated on the basis of five categories namely, producer, lead artistes, supporting artistes, director and writer. In this case, 4 out of 5 categories were occupied by people who were from the family of celebrities.

Appealing netizens to make this app popular, the makers wrote, “Please share and forward to your family and friends so that we can take some concrete action to fight this suppression and killing of talent of the commoners like us. #InMemoryOfSushant”