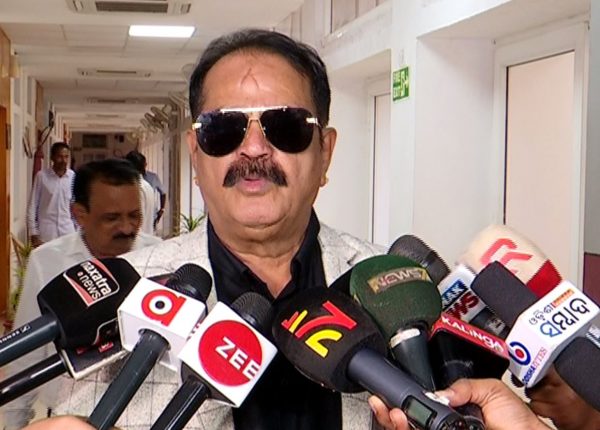 Bhubaneswar: While BJD is still nursing the wounds of Dhamnagar debacle, Congress leader Tara Prasad Bahinipati created a flutter on Wednesday by claiming that forces within the ruling party conspired against Jajpur MLA and organisation secretary Pranab Prakash Das to dent his dominance.

“Some BJD leaders resorted to buying some traditional voters of the Congress, who then voted for BJP and Independents. They also funded the campaigning of independent candidates to teach Bobby a lesson. It affected our party prospects too, which would otherwise have secured the second position in bypoll to Dhamnagar,” he told the media.

The BJD had witnessed a ‘We vs Them’ situation in the constituency as a majority of leaders from the Bhadrak district felt left out as the Jajpur team reportedly called the shots during the Dhamnagar by-election.

Ministers, MLAs and senior leaders from Jajpur district, including Revenue and Disaster Management Minister Pramila Mallik, MLA of Binjharpur, and Barchana MLA Amar Prasad Satpathy, were seen camping in the Assembly constituency to oversee the election process on behalf of the ruling party.

The issue was also raised by leaders in several internal meetings and workers’ conferences. But the situation remained unchanged. The party also had to face dissidence with former MLA Rajendra Das entering the fray at the last minute as an independent candidate.

The BJD, which had won all five bypolls since the 2019 twin elections, had to bite the dust with BJP not only retaining the Dhamnagar seat but also doubling its winning margin.

Padampur Bypoll In Odisha: Who Will Get BJD Ticket?