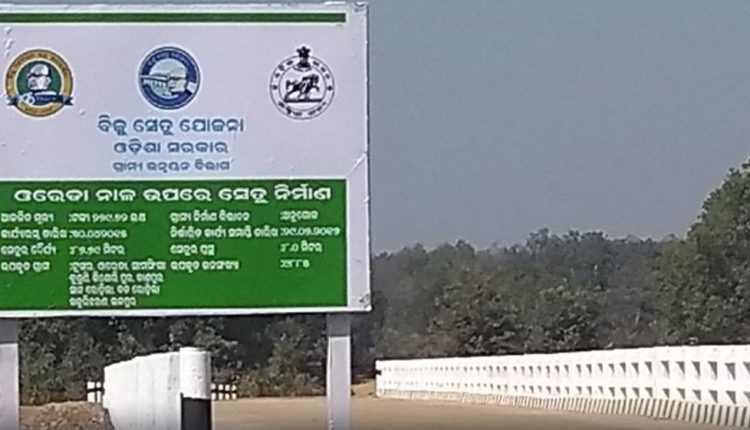 Bhubaneswar: What is plauging Biju Setu Yojana (BSY) of the Odisha government? The comptroller and auditor general (CAG) has attributed delay in finalization of tender, deficiencies in survey resulting in changes in design, failure in resolving land issues and slow pace works by contractors as some of the reasons for its tardy progress.

>> The authorities could spend only Rs 2,255 crore against the budget provision of Rs 2,570 crore under BSY, launched by the state government in 2011 to bridge all the missing links on roads in rural areas.

>> Work on 48 bridge projects remained incomplete after incurring expenditure of Rs 184 crore due to non-acquisition of land required for the bridge or for approach roads to the bridge.

>> In addition, manual excavation  resulted in extra expenditure of Rs 4.82 crore in 82 projects.

The audit report also mentioned about the high-level bridge over river Suktel on Tamia Mudalsar road in Balangir district, which collapsed in April 2020 during dismantling after it developed cracks due to poor execution of work. It was completed in in September 2015 with an expenditure of Rs 7.58 crore.

An occupancy of only 42% was reported during 2016-21 and it was attributed to poor repair and maintenance of these buildings, absence of basic facilities and lack of awareness. Eight working women’s hostels in the state, with bed strength of 603, were being utilized for other purposes, the report added.