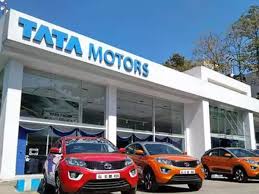 Mumbai: Tata Motors Group has set a target of reducing its consolidated automotive net debt (excludes the company’s vehicle finance business) to near zero in the next three years.

“Currently the group has a net automotive debt of Rs 48,000 crore and we are deleveraging this business substantially. The target is to bring it to near zero debt levels in the next three years,” Chairman N Chandrasekaran said at the company’s 75th Annual General Meeting on Tuesday.

The company’s priority, he informed, is to sharpen the brand portfolio, enhance sales and service experience, and sustain mobility. 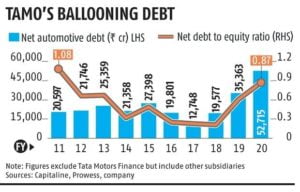 Tata Motors hasn’t paid dividend to its shareholders in the last four years due to rising debt. The company has suffered losses in India, while its UK subsidiary company Jaguar Land Rover, is also going through tough times. This has affected the shareholders’ wealth over the last five years. Reducing debt, thus, is top priority now.

The company has already taken steps, Chandrasekaran said. This includes making the company free cash flow positive by FY 2022-23. The group will also look to unlock investments in non-core businesses.

“Overall investments of the group have reduced by 50 per cent during this fiscal year, and we will continue to manage this tightly going forward,” the Chairman spelt out.

Talking about domestic passenger vehicles business, Chandrasekaran said that all new models including Nexon, Altroz, and Harrier have been well received and this shows the investment has started paying off.

However, equity analysts were divided over the company’s plan to reduce debt. “It’s a tall target, and not achievable unless Tata Motors lets go off a substantial stake in JLR,” said an analyst.

Another way could be a substantial equity infusion by Tata Sons.

Another analyst Aditya Makharia feels that the company is on the right path in terms of cutting costs and scaling back capex. If the cycle picks up and a vaccine is found, the balance sheet will look significantly better, he said.

Heavy Rain To Lash These 13 Odisha District Till 8.30 AM Tomorrow