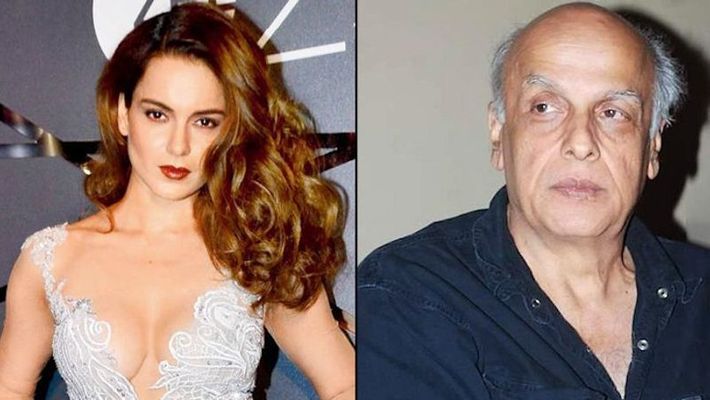 Mumbai: ‘Queen’ actress Kangana Ranaut has been leading the attack on the elite ‘Gangs Of Bollywood’ post-Sushant Singh Rajput’s demise.

Filmmaker Mahesh Bhatt too earned her ire for counselling Sushant and interfering in his relationship with Rhea Chakraborty.

After attacking Bhatt for comparing the late actor with Parveen Babi, Kangana now slammed the filmmaker for turning into a counsellor for Sushant despite having problems in his own family.

Highlighting the problems experienced by the Bhatt family members, she stated that the filmmaker’s elder daughter Pooja Bhatt is addicted to alcohol, younger daughter Alia Bhatt is suffering from anxiety issues, daughter Shaheen Bhatt is professionally depressed and son Rahul was in news for his alleged links with terrorist outfits.

When his own family members were struggling with various issues, then what made Bhatt turn into a counsellor for Sushant? questioned Kangana.

Replying to a tweet, the actress wrote, “Thank you @singhr07 for bringing it to everyone’s notice, Pooja said she has been struggling with alcohol addiction, Shaheen is professionally depressed, Alia says she has been battling anxiety & his son Rahul has been related to terrorism activities, why was he counselling Sushant?”

Thank you @singhr07 for bringing it to everyone’s notice,Pooja said she hs been struggling with alcohol addiction, Shaheen is professionally depressed, Alia says she hs been battling anxiety & his son Rahul has been related to terrorism activities, why was he counselling Sushant? https://t.co/ZOsQcJgyOd

On the other hand, Mahesh Bhatt, who was recently interrogated by the Mumbai Police in Sushant’s case, took to his social media handle to share a cryptic post following an FIR against Rhea.

There is no world out there to return to. It’s broken and sick. We will have to return this shattered world and build it once again brick by brick. pic.twitter.com/dN2bweu5S4

Post Sushant’s demise, there were reports doing the rounds that Bhatt had asked Rhea to leave the actor as he was suffering from mental issues.

Is COVID-19 Coming Back To China?