Temp Falls Below 40 Across Odisha, Orange Warning For 10 Dists 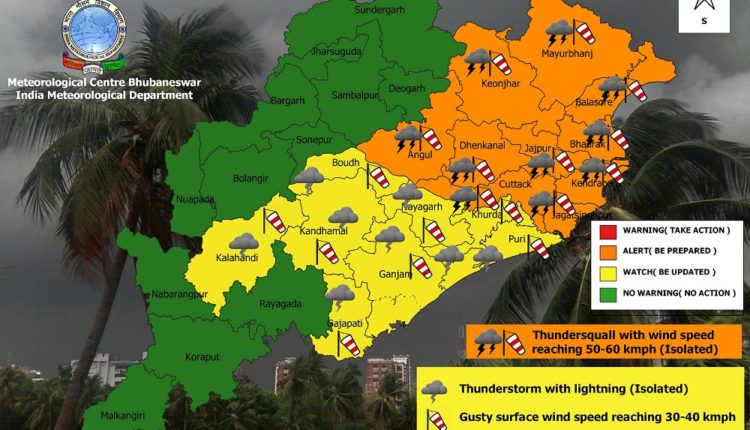 Bhubaneswar: All districts in the Odisha registered temperature below 40 degree Celsius on Monday.

According to a bulletin issued by the Regional Centre of India Meteorological Department, Bhubaneswar recorded 39.1 degrees, highest temperature in the state for the day. It was followed by Titilagarh and Malkangiri which recorded 39 degree Celsius.

The IMD in its release also issued an orange warning of thunder squall with a wind speed reaching 50-60 kmph for the districts of Mayurbhanj, Keonjhar, Angul, Dhenkanal, Balasore, Bhadrak, Jajpur, Kendrapada, Cuttack and Jagatsinghpur.

For the subsequent 24 hours and following days till May 8, the Met office also issued Yellow warning with thunderstorm and lightning.

Thunderstorm Warning For 16 Odisha Districts, Including…