By Debadurllav Harichandan On May 7, 2022 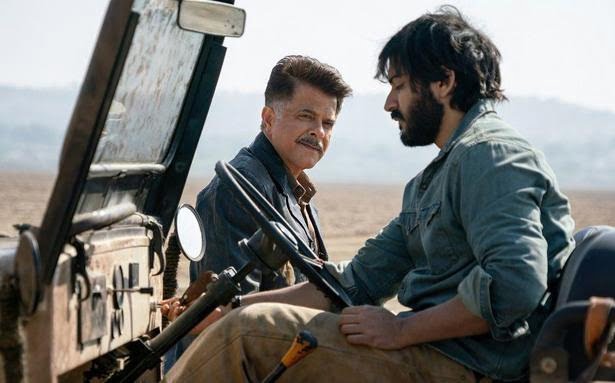 Bhubaneswar: As Thar begins, in the opening scene the camera pans on the edgy slants of the dessert with Anil Kapoor’s voiceover, “1947 ke baad itihaas karwat li. Hindustaan bat gaya. Badawaasi mein kuch log basti se bhaag liye aur kuch ujde huye thikaano mein aake basgaye.” It speaks so much about this barren and bereft piece of land, used as a passage for smuggling of drugs. As you see Thar, its slow-burning premise promises you of an explosion at a later stage but none of it translates to a big spectacle and leaves you unsatisfied. The film is an ‘Indianisation’ of Western neo-noir thrillers and revolves round a murder mystery, in which the suspect is a newly arrived stranger who is investigated by a worn-out cop played by Anil Kapoor. In this cowboy milieu and Texas landscape in Rajasthan, the troupes of malevolent males riding horses, a saloon-type dhaba and bandits serve their intriguing purpose.

Director Raj Singh Chaudhury sets the drama in 1985 in Munabo, a border village of Rajasthan. The film opens with a grisly murder scene of a man hung from a tree. Inspector Surekha Singh, played by Anil Kapoor, is a strained cop whose entire career has been spent looking after local politicians. His sidekick Bhura, played by Satish Kaushik, is a wastrel who accompanies him to the crime scene and offers his insight. A series of murders takes place as soon as a stranger, played by Harshvardhan Kapoor, lands in the village saying he is looking to hire workers. With the looks of a Hollywood hero, Siddharth, played by Harshvardhan Kapoor, lands at Panna Ram’s (Jitendra Joshi) house and meets Kesar (Fatima Sana Sheikh). A series of abductions and crime follows.

In most parts, the film is engrossing, thanks to rich visuals and dialogues written by Anurag Kashyap. Above all, what binds the film is Anil Kapoor’s outstanding performance.

(Thar is streaming on Netflix from May 6)