The Loneliness Of The Ancient Mariner 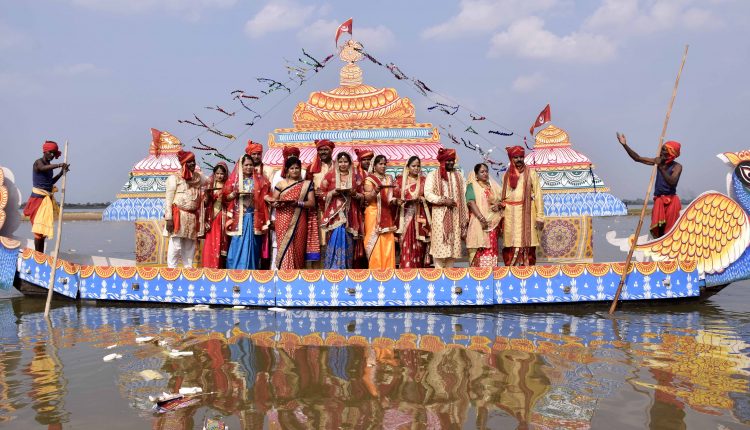 The boat drifts gently into water and struggles for balance as the feeble current underneath tries to lend it a sense of direction. The cargo on board rests pretty. The burning torch lights the path amid the ripples for the invisible sailor. He is in a pensive mood. Once he is in the deep, vast ocean negotiating choppy waters and placid waters, it will be unbearable loneliness all around.

Loneliness is what he dreads most in these voyages, not the storm, not the pirates, not anything else. He has seen ship-wrecks and swirling currents dragging vessels down. As a seasoned traveller he has faced all that and survived. These are usual hazards in a seafarer’s life, unwelcome but to be lived with. But not loneliness.

Resting on the deck of his vessel, or in a cabin overlooking the emptiness around, he watches sea-gulls fly by, birds dive into the waters, fish leap into the sky and clouds gather and disintegrate in the far horizon. As darkness descends, the star-sequinned sky offers a new backdrop to the theatre of inactivity. A listless moon hovers somewhere around. The beauty of the visual, however, is rendered pointless by the overwhelming loneliness around. The metronomic sound of the oars against the waves, louder in the night, aggravates the subterranean sadness of the situation.

The sights and sounds of the sea filled him with excitement when he accompanied his grandfather on the voyage for the initial few times. His imagination painted many pictures of joy. He didn’t miss friends back in the town. He had made new ones in fish, sea birds, the sky and the stars. He had names for all stars and had many intimate conversations with them. That was long back. Over many voyages the thrill had dissipated and turned akin to a chore.

As he digs absently into the box with paana and gua, instinctively wrapping them into a small bundle for the mouth, his thoughts meander to the destination ahead. His merchandise of tusk, spices and textile would be unloaded there. Some would be set apart for travel to other countries and islands, some would sell at the local market. He had friends here. The nights would be interesting with many frills thrown in. He had taken shine to a girl during the last trip and hoped she would be there waiting for him as he alights from his boat. It would be a long stay here. She would allow no dullness to sneak in. A smile plays on his lips as he thinks more about her.

A sudden sway of the boat breaks his reverie. As it settles into a steady pace, his thoughts head homeward. It was an emotional send off at the port. The women tried to look brave as they held the deepas aloft and prayed for his safety. Not many words were exchanged but he read the sorrow in their eyes. The daughter, a wispy little girl, was trying hard to hold back the tears. As he embraced her, the first drop broke loose. Others followed in a torrent. The wife and sister let it flow thereon. It would be long before they are together again. He would get them expensive gifts, but he knew gifts were not on their minds at all. On the deck, in the middle of nowhere, he lets a sigh out.

Storm clouds have gathered and the crew is in a tizzy. He has to lend a helping hand and guide all to safety. He stands erect to command, his mind alert, body in motion. Amid the blur of activity, the heavy loneliness is gone. He speaks to the last gust of the weakening wind as its passes his vessel. He thanks it for breaking the monotony of the sea.