The Mahabharata And Plurality Of Text 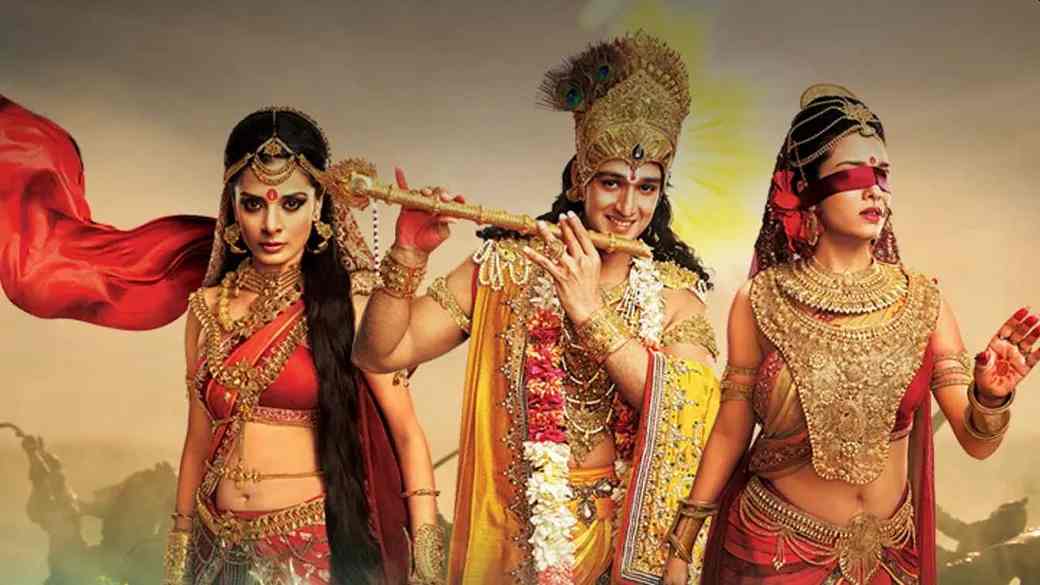 The Gita brilliantly explores human potential and prepares everyone to live, perform and seek salvation in the worldly instead of the divine. This Hindu scripture is unique and unparalleled because of its critique of destiny and laziness, doesn’t prescribe rituals as medium to heaven or moksha but labour and toil in the life given to us. Thus this secular yet extremely sacrosanct discourse of the earthly and mundane stands apart both as scripture and a pragmatic world view. The instances from the story of Raja Harishchandra (sacrifice at a human level), Rama (worldly king who stands as supreme example of justice as an ideal king) and Karna (selfless sacrifice and generosity) testify the principles charted for human glory.

The Hindu Concept of Moksha speaks of a state of supreme consciousness and oneness with the absolute, that of carrying the entire cosmos in self. But there is a struggle one envisages in the very vital body overpowered by the sense of the ego, the self that holds on to its unique identity which subsequently turns towards the metaphysical. It is directed towards uniting the supreme consciousness and the ‘other’ to attain Moksha. There is an urge for transcendence of the soul, space, time and thus the human consciousness. The Upanishad, which is a basic philosophical text of Hinduism, defines Moksha as a state of total self-realisation and oneness with Brahma, the supreme divine. This Brahma is believed to reside in each and every individual. And one can only achieve Brahma by the process of self-realisation in order to attain Moksha. Aham Brahma (I am the divine and I see the divine in everything) in Hindu thought lays emphasis on the cosmos in itself being divine. So all creatures are a manifestation of god and the entire world before us is divine.

Albert Camus while analyzing Karamazov Brothers by Fyodor Dostoevsky in the essay Rejection of Salvation talks about Ivan Karamazov’s rational search and the inability to search for god. God is denied by Ivan, and is rather seen as an equal. There is no other reason for Ivan to question god except his compassion for the poor. Ivan puts forth this idea of mortality and questions the eternal salvation which Christianity promises to offer. But if there is no eternity and there lies the mortality on the face of human life then there is no heaven or heavenly bread. And it is unjust to continue with this sort of faith during hard times. Faith in divine power is not going to end suffering. Instead, it is the action that helps one to come up with a solution. Camus also talks about truth, the kind of truth that Ivan defines. According to Ivan, truth is always unacceptable and always unjust; so there is an unending struggle between truth and justice.

This reminds us of the Hindu concept of Banaprastha (leaving towards the forest) after an active life called Grihastha (worldly life) without fear of death. It is an ultimate desire of being alone, not being possessive of the mundane world and approving of an immaterial life. But it is not a divorce of the body or denial of the life of senses. It is an aftermath of life in Nature of creation, life in the eternal cycle. Blake, Nietzsche and Lawrence seem to have led this argument of a preservation of life against an assertion of a state of life devoid of the senses. The old civilizations made a treaty with life. The new questioned their active physical life and pursued the mechanical path of a corrupt divinity.

Although most of the episodes on the epic Mahabharata through the television serials put forth a lot of issues pertaining to the majesty of its range in terms of plot, characterization, religious debates and so on, a major drawback in all these versions influences people, especially the young minds in a wrong direction. That the text of such dimension is nuanced having multiple meanings, diverse positions from the point of view of different characters is not unknown, though none of these does justice to its central hero, Duryodhan. All of these narratives focus on Krishna primarily and turn what Roland Barthes would say a ‘writerly’  text to unipolar, monolithic and harp on the stereotypes of this man to be foolish, egoist, adharmi and unjust. Dharma sounds dumb the way they make Krishna cite it or makes it a monopoly of one character claiming to be god where as the text only displays a human motif and should be read as literature. The narrator seems to be partisan in a number of contexts and complicit in the process. On the contrary, the text of this epic is a site of plural meanings. The sane reader easily gets through the partiality of Bhisma, Drona and Bidura despite their repeated assertion of self-defined dharma. None of them fought for their king, rather wasted his resources for quite some time during the war.

In this context the great Odia Poet Sarala Das comes to mind. An in depth study of his Mahabharata would make us introduce to this great hero Duryodhana, abhimani, generous, kind and innocent. All our TV channels do not invest in what the 15th century Odia poet could witness. Neither there is any attempt by an Odia producer to make a serial on data from this text with literary inputs from teachers of literature in order to apprise the audience of Odia sensibility, liberal-secular approach and strength of our language. For example, I will cite one instance from his narrative here on how coming to know of the death of the five Pandava sons, Duryodhana laments and curses Ashwatthama (Sarala Mahabharata, Aishika Parva 5):

Bansha budai balaka hatya doshi heli    (you wiped out my sons and our future while making me murderer of little children).

There is another instance of this prince giving away his crown to Arjuna. How many of us really have heard of this? What constitutes dharma? Both Managovinda (Duryodhana) and Mrutyunjaya (Karna) question its stereotypes. Duryodhana has the courage to brand Krishna as a Mayaabi (charmer) and is never afraid of his tantrums unlike Bhisma, Drona, Bidura and Krupacharya who are more interested in eulogizing this messenger because of his powers than ever questioning his intent. We know Duryodhana was the preferred disciple of Balarama (equally innocent) and Lakshmi who treats him as her son. It is also worthwhile to record that Duryodhana married Bhanumati who was from Kalinga and its warriors were at his side during the war. Needless to say, Kalinga chose him by the standards of ethics. Even today we name our children as Durjyodhana and Dushasan in Odisha. He is innocent, naïve, transparent, foolish to an extent yet heroic. He is not afraid of taking responsibility of his ego or fight for a cause. He alone refuses to recognize Krishna’s theatrics as a series of miracles. Even when he knows that his defeat is imminent, he doesn’t regret, neither gives precedence to what Krishna preaches. This is called to be a display of character. No wonder, he is a king and not a slave to any god who expects complete surrender unlike Arjuna.