The Politics Of Cynicism: When Distance Breeds Distrust 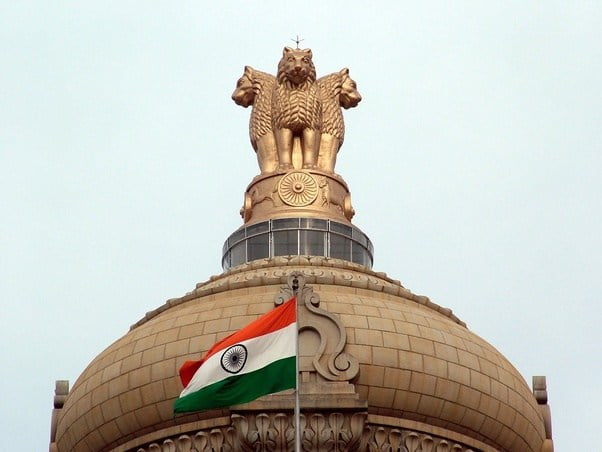 Tucked safely in his well-equipped home in the suburbs of the capital city Bhubaneswar during the pandemic, this young man, all of 26, is busy fighting the supposed enemies of the nation. He is a one-man army taking on an array of forces — Pakistan, Muslims, China, Kashmiris, anti-Hindus, anti-nationals, beef-eaters, the Congress, the Maoists and so on. Almost the entire of his waking hours is consumed typing furiously on his mobile phone. He responds to every social media post on his favorite topics. He is angry most of the time. His posts are usually vitriolic, occasionally sarcastic and at times humourous in a dark way. He is Modi bhakt too. Well, who isn’t these days?

Now, don’t jump into judging him. He is convinced that he is doing his bit for the nation. And that keeps him happy. He is not a lone case. He represents millions. If you have lived long enough, when did you last witness such widespread love for and interest in the country? One may not agree with the crudity of it, but only a cursory look around is enough to convince you that people have developed a sense of ownership and thinking about it gives them a sense of purpose and satisfaction. It is as if the country was snatched away from them and they have wrested it back again. They would go to any extent to stop it being snatched away again.

A part of it perhaps has to do with living in the echo chambers reverberating with the idea of the nation. But, to a large extent, it is about the exclusion of masses from the affairs of the country practiced by the ruling dispensation earlier. The ruling elite stood to gain if people in general lost interest or sense of involvement in politics. This situation led to fewer questions being asked to them on their actions. The more ‘ignorant’ people stayed away from serious matters, the less cumbersome it became for them to manage things. Vote and vanish — this, in short, was the approach. It excluded people rather than include them in decision-making.

The distancing was evident in the lack of communication from leaders on important issues. Prime Minister Narendra Modi maybe accused of overcommunicating, but his effort to keep the masses in the loop on issues serves to bridge the yawning gap created in the days of Dr Manmohan Singh and even prior to that. Maan Ki Baat, his routine radio address, and social media posts are a brilliant way of connecting to the grassroots. More than his style of communication — he is brilliant, no questions — and the content, the intent is critical. He has made people feel that they are partners in governance and thus rekindled the general interest in politics. No wonder, he is hugely popular.

However, it is not only about the leaders, political parties need to be in regular conversation with the masses too. The organisation with deep roots among the latter spread the word about policies and programmes. The frontal units reach out to specific sections. In the last decades Indian politics has been marked by complete breakdown of the organisation in most parties and lack of effort to re-energise them. The one with the strongest is at the helm now. The political decline of the Congress coincides with its gradual disconnect with the grassroots. UPA 1 and UPA 2 were not low in delivery from the economic and welfarist perspectives, yet the message that flowed down was hugely negative. The Congress, the leader of the coalition, simply lacked the reach to create positive vibes. Its recovery looks impossible without a brick-by-brick rebuilding of the severely damaged organisation.

We had a long phase when parties and leaders stayed disconnected from the masses, content to throw at them one scheme or the other at them. Distance breeds distrust. It has gone so deep now that even when they speak the truth it invites ridicule. That people would pooh-pooh even the contribution of Nehru to the country and believe his legacy was a sham is understandable against this backdrop. The politics of cynicism has come back to haunt its practitioners.

Coming back to the youngman still churning out angry words, he has never interacted with a Muslim in his life, knows little about Kashmir and has only a vague understanding of China’s action on the border. He would be at a loss explaining why to be a proud Hindu one must hate Muslims or people expressing dissent are anti-national. His comprehension of the world is strictly derived from television channels and social media sources that agree with his biases and feed his prejudices. Yet he doesn’t view his ignorance as a handicap. He has enough people backing his views.

He loves his country more than ever now. He trusts his leader. He believes whatever is communicated to him. He no more thinks a lot of hanky-panky happens behind him in the distant corridors of power. He has regained faith.

(This is the third part of a series titled Decoding Democracy)