‘The Time Feels Right For It…’, Fiery New ‘Love Poster’ Of Alia & Ranbir Before The Wedding Bells 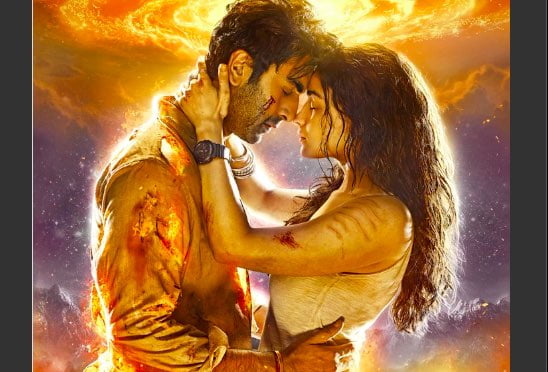 Bhubaneswar: With the wedding of much-in-love couple Ranbir Kapoor and Alia Bhatt all set to commence this week, director Ayan Mukerji on Sunday shared a teaser of the first song of ‘Brahmastra’ titled ‘Kesariya’ and wrote: ‘The Time feels Right for it… There is some extra love in the air these days.”

‘Brahmastra’, which will hit theatres on September 9, holds a special place for the couple as their love saga began when the film went to floors in 2018. Alia had a crush on Ranbir since she was 11.

While Alia’s step-brother Rahul Bhatt and uncle Robin Bhatt have confirmed the wedding date and venue, Mukesh Bhatt refused to talk about the rumoured wedding. “I am not in a position to tell anything at this point of time. My sister-in-law (Soni Razdan) has refused to discuss anything about this wedding. After the wedding, I will give a complete interview about when and how the marriage took place,” Aaj Tak quoted him as saying.

According to reports, the wedding would be a four-day affair. While the mehendi ceremony will take place on April 13, the wedding will be an intimate function at RK’s Bandra home, Vastu, in Mumbai. It is the same place where Ranbir’s parents Neetu Kapoor and Rishi Kapoor tied the knot.

Confirming the news to Bombay Times, Alia’s brother Rahul Bhatt said, “Yes, the wedding is happening and I have been invited. I will be there for the ceremonies. However, I am not going to sing and dance. I am a gym instructor by profession and I will be there in the capacity of a bouncer (laughs). I will be the rakshak at the wedding.”

Filmfare had quoted sources as saying that Alia would wear a Sabyasachi lehenga for the wedding.

Furthermore, it was recently reported that Alia and Ranbir will be going to South Africa for their honeymoon, a location they both share a fondness for.