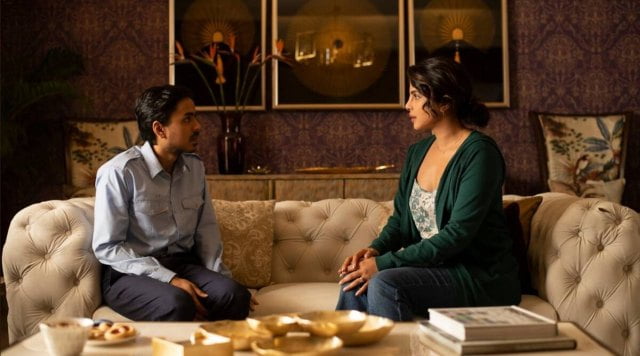 Ramin Bahrani’s Netflix film based on Arvind Adiga’s Booker Prize winning novel, ‘The White Tiger’, is one of the most faithful books-to-film adaptations in recent memory.

The overall theme is about the Indian class system and how rigged it is against the subaltern population who find themselves forever trapped in the “rooster coop” – able to comprehend their fate but unable to get out. The film is spot on when it describes the predicament most of the people born into poverty find themselves in. It is anti-capitalist in tone and lays bare how neoliberal policies, trickle-down economics and upper caste solidarity only benefit a close inner circle of corrupt businessmen and politicians and actually do zilch for those at the lowest rung of the social ladder.

As a commentary on the choices that the marginalised are forced to make, it is very adept. A strong performance by the lead actor, Adarsh Gourav, gives life to a well honed script.

But as a commentary on India’s caste and religion equations, it is superficial and frankly discomfiting. There are no likeable characters and that is okay, the protagonist makes extremely reprehensible immoral choices and that is okay also, the tone is pessimistic and dark and that is okay too, but what doesn’t seem okay is the arc of all these choices and actions reaching a cathartic conclusion. In the end it felt a bit like “What was the point of all that?”

It doesn’t help either that except for the lead, there is not a single interesting character (except for a small cameo of the great Socialist played by the brilliant Swaroop Sampat). Rajkumar Rao’s talent is wasted with a very unnatural Indian-American accent while Priyanka Chopra Jonas’ real-life unnatural Indian-American accent seems the only real part about her character. All the supporting actors only serve to provide meaning to the development and motivations of the lead and do not stand out on their own.

There are some memorable dialogues like “But for the poor, there are only two ways to get to the top, crime or politics” but there also some naïve ones like “There are only two castes in India” implying the rich and the poor. That is such a simplistic understanding. The complicated web of India’s caste hierarchy is anything but a bipartite system of haves and have-nots.

There is a nice little dig at Danny Boyle’s ‘Slumdog Millionaire’ even though I remember enjoying that movie. The biggest problem with ‘The White Tiger’ seems to be its rather abrupt and rushed ending and a sense of “This should have been a miniseries instead of a two hour film”.

Overall it’s a good watch. The hypocrisies and shallow empathy of the foreign educated NRIs is nicely laid out and I enjoyed how the protagonist, Balram Halwai makes a fool out of them. There are some understandable comparisons with Boon Jong Ho’s ‘Parasite’, but ‘The White Tiger’ leaves no scope for any subtlety. I think the movie would have worked better without the narration by the lead character.