Did You Know There’s A Jagannath Temple In Pakistan And Bangladesh Too!

Bhubaneswar: Permission had been granted for the construction of Sri Krishna Mandir in Islamabad, the first Hindu temple in the Pakistan capital city. Work had started also, after Prime Minister Imran Khan approved a grant.

It looked to be a welcome step, especially after the success of Kartarpur Sahib corridor facilitating pilgrimage to Guru Nanak’s birthplace from Punjab on Indian side.

But then it all went wrong as several religious factions started protesting against construction of a Hindu temple. Last month, work on constructing a boundary wall on the plot earmarked for the temple was halted.

It emphasized all that is wrong with Pakistan’s treatment of its minorities. The backlash over the government’s plan to support construction of the Krishna Temple was predictable, yet deplorable.

There are quite a few Hindu temples in other cities of Pakistan, including a Jagannath temple in Sialkot district of Punjab province. According to a recent India Today report, that temple is still in a functional state.

Constructed in 2007 in the Paris Road area of Sialkot, it was also known as Shawala Teja Singh Temple. The temple renovated in early 2017 with a grant of 2,000,000 rupees from Punjab Provisional Tax. The special grant was given through the minority MPA Joseph Hakim Din due to the efforts of Hakem Ratan Lal Bhagat, Member of the District Peace Committee, and participation of the Hindu community of Sialkot.

In an another democratic neighbour Bangladesh, Jagannath Temple alias Jagannath Dev Mandir is one of the ancient temples in Comilla district. According to the blogging portal ‘Off Road Bangladesh’, the king of Tripura built it and was named ‘Moharaja Radha Kishor Manikuo Bahadur’ during the 16th century.

Initially, Lord Jagannath, Balabhadra and Subhadra are worshipped at Tripura Temple but their statues were shifted here later. Travel book writer Mustafiz Mamun has introduced this as Sotero Rotno Mandir. 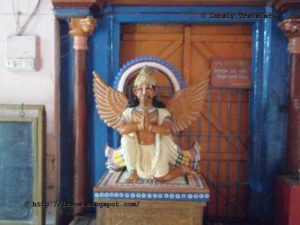 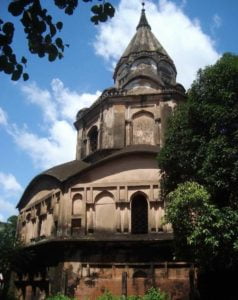 This four-storied, conical-shaped temple is a brick-built structure, constructed on a concrete octagonal base stone, the only one of ghat shape in Bangladesh. The external wall of every floor looks like octagons and was ascended like inverted cone. It is a single spire temple.

The world famous Jagannath Temple at Puri has been standing since the 11th century and is worshipped by millions of people over hundreds of years. But the abode of the Lord is not limited to Puri or India alone.

It seems the Lord of the universe made sure that every devotee of his gets the chance to visit him and seek his blessings. The enticing glory of the Lord knows no borders.

Amazon, Flipkart Festival Sales Commence: Here Are The Highlights You Must Know

Jagannath Temple To Resume Sale Of ‘Abhada’ In…