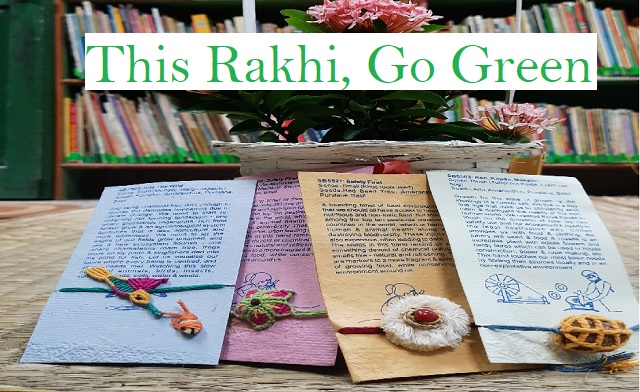 Bhubaneswar: Raksha Bandhan is just round the corner, the time of the year when the eternal bond between a brother and sister is cherished and celebrated. From tying colourful rakhi to buying exquisite gifts and planning surprises for siblings, it is a much looked-forward-to Indian festival.

Gifts exchanged during the festival are generally used or treasured, and chocolates are eaten almost instantly. But what about the rakhis? The thread, the most important part of the festival usually finds its way either into the dustbin or keeps lying around in the house in a box or a drawer.

Did you know that it produces a negative effect on the environment as well as the food chain? Did you also know that just like the love that ‘grows’ between siblings, the rakhi too, can grow? Odisha Bytes came across various people who are encouraging people around them to go ‘Green’ during Rakhsha Bandhan.

Bakul Foundation has come up with a ‘Green Rakhi campaign’ which began five years back. As part of this, volunteers are urging people to opt for a plantable rakhi. The organisation has also come up with an idea to gift a plant as well as plant the rakhi in sync with its ideology ‘Give a gift that grows.’

“We do not sell the usual fancy rakhis. Our rakhis are handcrafted from naturally dyed and handspun cotton yarn. The seed bands are made from organic cotton grown by a group of artists, who work with farmers under the name ‘Gram Art Project’ in Madhya Pradesh’s Chhindwara,” said Sujit Mahapatra, founder of the Bhubaneswar-based NGO.

“Around five years back, I came in contact with artists from Madhya Pradesh through a common friend and I loved the idea of creating the threads without the use of any pesticide. Hence, our team decided to take an initiative and in the first year, our volunteers tied rakhis to plants with the slogan ‘Trees are real rakshaks.’ The designs by those artists have developed with each passing year,” he added.

“Initially, people were not aware of these rakhis. With time, awareness has grown and so has their interest,” he said.

Each rakhi and the accompanying card together have about five to six different types of seeds. The most common are basil, amaranthus/spinach, purslane, and also cotton, arbi, beans, etc.

Similarly, one can choose the type of seed rakhi one wants from the options to go with different kinds of gift plants, whether flowering such as Ixora; medicinal ones such as Tulsi or Basanga; tree growing such as Mango or Jamun, or indoor plants such as snake plant or money plant.

What is the cost of these combos? 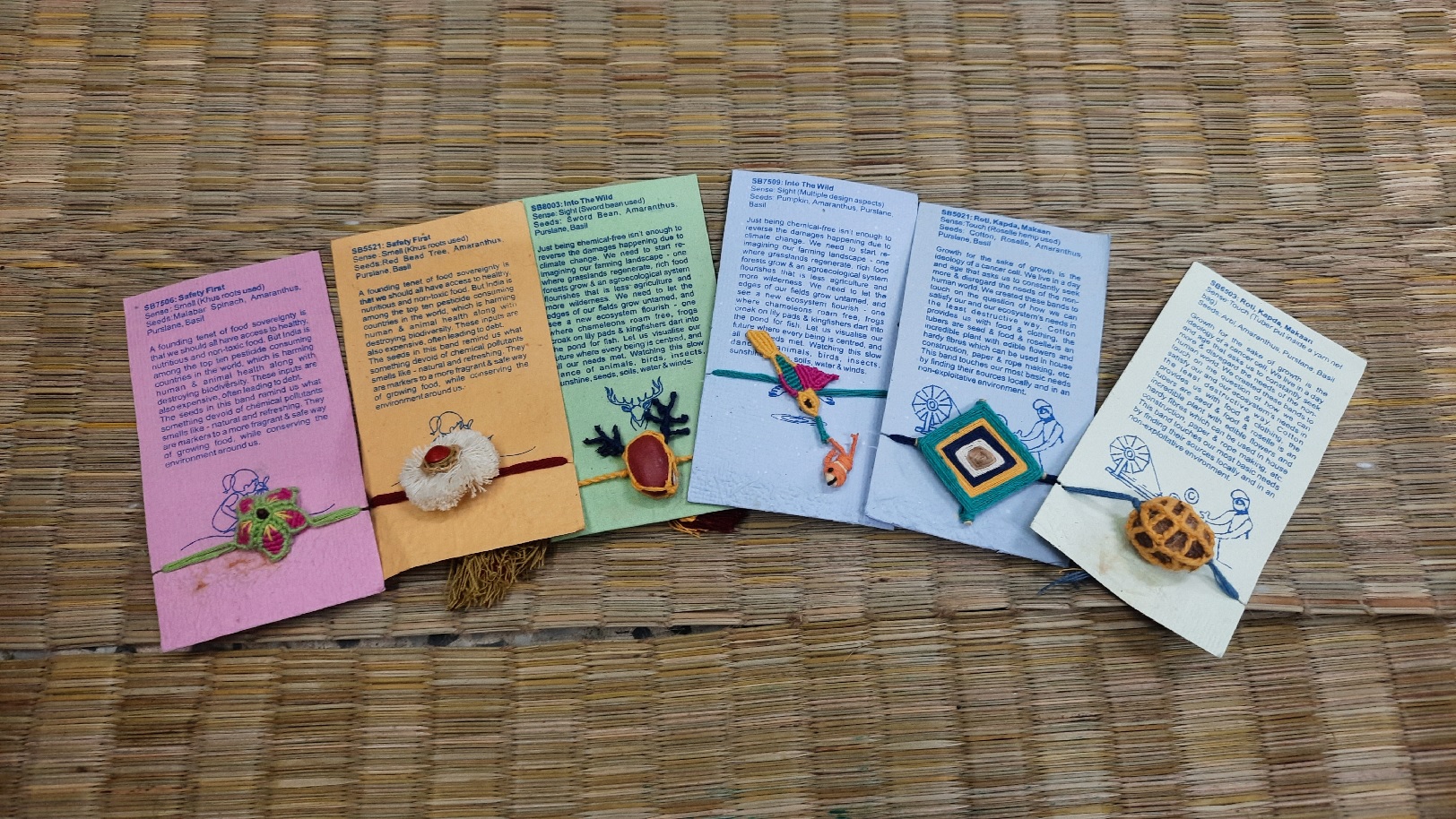 ‘One station one product’

Around 80 women of three Producer Groups (PGs) of Damapada block are engaged in making the rakhis from biodegradable materials like cane and bamboo designed with seeds, rice, and food grains having threads made of jute fibre.

This year, the state-run organisation has no plans to sell these rakhis in the state capital. The plantable rakhis are priced between Rs 20 and Rs 30 each.

By promoting these eco-friendly rakhis made by SHGs, ORMAS has been encouraging rural women to earn their livelihood. 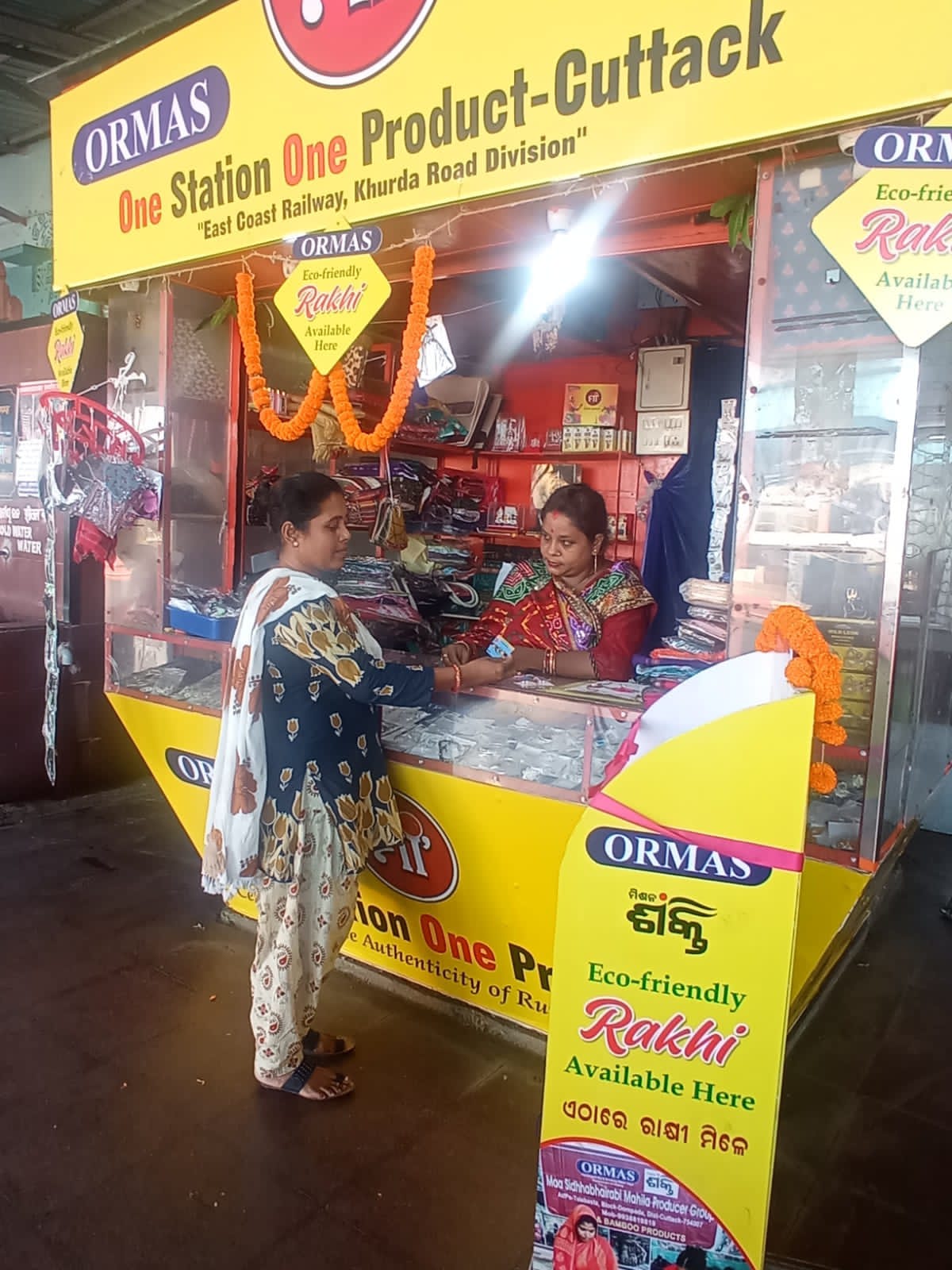 In one of its kind in Odisha, a ‘Special Agreement Photo Rakhi Box’ has been prepared by Ishwar Sahu of Cuttack’ Chauliaganj area. The kit contains eight items and the siblings ‘Agreement Paper’.

The agreement contains a photo of the brother-sister duo and five ‘terms and conditions.’ A sister can tie the rakhi to her brother only after both sign on it together.

Apart from the ‘agreement paper’, the box includes a photo rakhi, a greeting card, a perfume pouch, a key ring, a bar of chocolate, rice, and sindoor (vermillion).

One can buy only the photo rakhi for Rs 50 while the whole costs Rs 260.

“A number of people across Odisha as well as from outside the state are ordering the kit. Those who are interested, have to first send their photos first so that they can be placed on the Rakhi and Agreement Paper,” Ishwar told the local media.

Water it, give it some sunshine and a plant will start growing!

‘Sow and Grow’, a Gurgaon-based company has recently launched eco-friendly rakhis in an effort to become a part of the green movement.

“We had started the concept of plantable rakhis three years ago. We have different types of rakhis for the people including paper rakhis, clay rakhis, and thread rakhis which are easily accessible on our online platform,” said Neha Saharan, founder of the company.

The company had faced a lot of hardships as its idea was not readily accepted in the market in the beginning. “When we started the company four years ago, the products were not accepted that easily, especially for gifting. The inclination was towards more flashy products. However, that mindset has changed today and people have become more conscious and started opting for eco-friendly options,” she said.

‘Sow and Grow’ offers a variety of products along with the rakhis such as Italian basil, Marigold, Gaillardia, Tomato and Tulsi seeds. 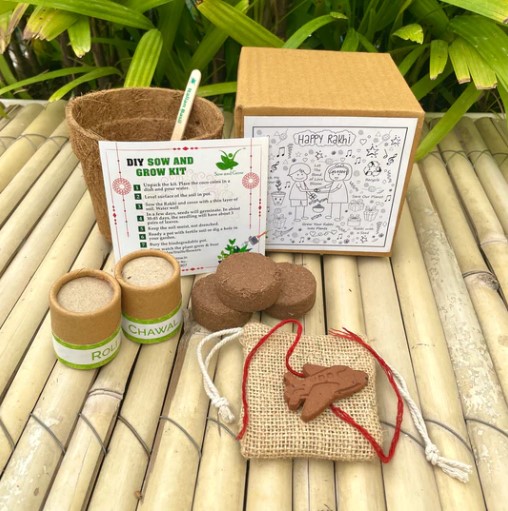