This Train Will Charge Airline-Styled Dynamic Fares: Find Out More 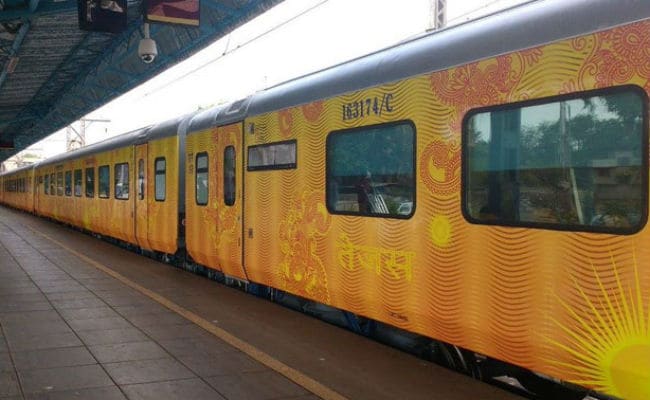 New Delhi: Indian Railways will for the first time allow the introduction of dynamic fares in Tejas Express instead of fixed fares as has been the norm with rail travel since yore.

Dynamic fares, prevalent in the airline sector, are largely dictated by demand and load factors.

As per a report in the news portal The Wire, dynamic pricing will be introduced in Tejas Express, which incidentally will be the first train to be managed by a private entity.

Initially to be managed by IRCTC…

The train with state-of-art coaches will run between New Delhi and Lucknow. While the bidding process is on, the portal said IRCTC will manage the train, to being with, and is expected to generate a revenue of Rs 16 lakh to Rs 17 lakh per day in revenue.

Railways had earlier announced that it will identify another train to be managed by private players, much to the discomfiture of the rail unions, who have feared that the move will herald complete privatisation of train services in the country.

Privatisation, however, will remain confined to offering passenger services only as the core train operation including loco pilots, signalling and train charting will be handled by the public transporter.

According to the website, the policy under discussion will entail private players bringing their own rakes or leading from Railways. At present, railways manage 2800 rakes, of which 5 per cent is being considered to be offered on lease to private players.

Second Round For Medical Admission In Odisha From July 30