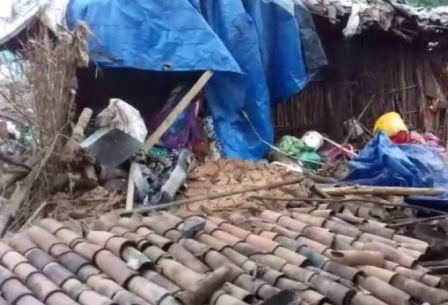 Bhadrak: A three-month-old boy was killed in a wall collapse in Odisha’s Bhadrak district late on Tuesday.

According to reports, a woman and her a three-year-old boy were sleeping inside a room of a thatched house in Dakhinapari village in Kampada panchayat of Tihidi block in Bhadrak district when a portion of the wall of the room collapsed due to heavy rain. While the boy died on the spot, the woman sustained minor injuries.

Notably, Bhadrak district has been witnessing heavy rainfall since last night under the influence of cyclone Amphan.

Cyclone Amphan At Talasari Near Balasore