Tigress Sundari Likely To Be Shifted From Odisha In A Month 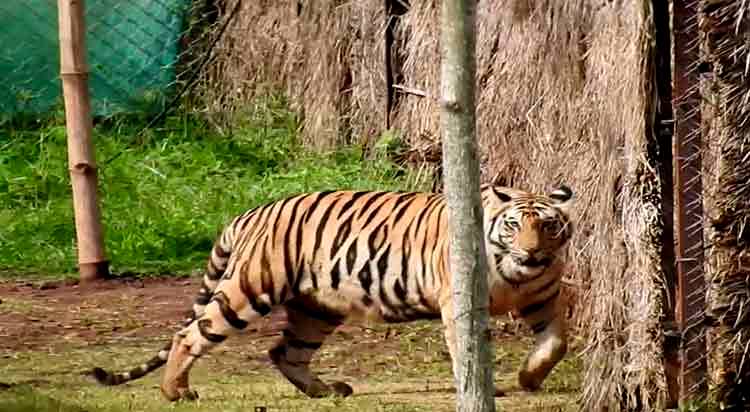 Bhubaneswar:  The Forest Department on Wednesday said that tigress Sundari will probably be shifted from Satkosia Tiger Reserve in Angul district to Madhya Pradesh in a month.

Briefing mediapersons here, Principal Chief Conservator of Forest (PCCF) and Chief Wildlife Warden of Odisha, Hari Shankar Upadhyay said though shifting of the tigress has been delayed due to the COVID-19 pandemic, the National Tiger Conservation Authority (NTCA) is most likely to begin the process in a month after assessing the situation.

The department, however, was forced to relocate the big cat into a special rehabilitation enclosure on November 6 after the death of two persons and a bullock at Baghamunda and Tainsi villages inside the reserve area, purportedly after being attacked by the tigress, sparked protests. Since then, the tigress has been kept inside the enclosure.