Top On Wishlist For 2021: An Algorithm For Happiness 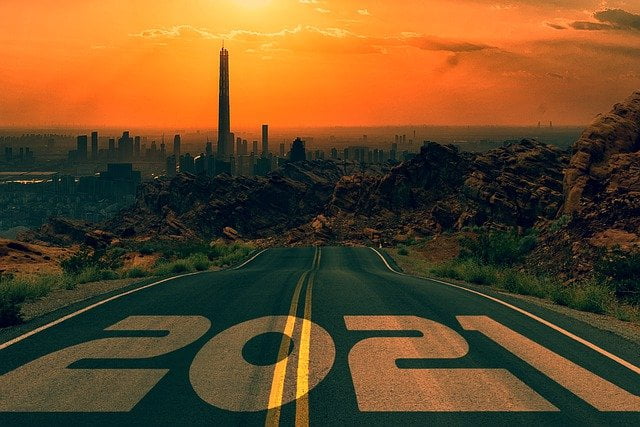 An algorithm for happiness is some distance away. Mo Gawdat, Google’s top executive, is already out with an equation. Others are busy at making the concept of happiness less of a metaphysical abstraction and more of a formula backed by the certainty of numbers. If they are successful, human unhappiness may get treated as a health issue that could be handled by experts without much fuss. After a year of terrible memories, it would be nice if we find it in 2021. Goodluck to the enterprise!

Is it a moony idea lifted from fantasy books? Not really. The quest is as old as mankind. All strands of philosophical thought go deep into the subject. All of them have an explanation but no solution which could be customised to the specific needs of individuals. In the absence of that people have been carrying out their own experiments, ranging from spiritualism to hallucinogenic drugs. Some have settled down to equating it with wealth and power. In our times of free communication and tribalised world happiness has gone more reductive. It is derived from being abusive and uncivil towards others. Whatever shape it might assume, the fact remains that permanent state of happiness remains the primary quest of mankind, even more primary than food or sex. And it may not be in the realm of the impossible.

It applies to animals too. More than half a century years ago, a laboratory experiment offered captive rats the choice between food and pleasure. Electrodes planted deep in the brain and activated upon pressing a pedal triggered pleasant sensation in the animals. It is sensation similar to humans getting a high from psychotropic drugs, an orgasm, unexpected results or one’s favourite team scoring victory after an intense contest. Of course, there was no way of knowing what gave rats the high but it was assumed that if they kept repeating one action at the expense of normal, less happiness-inducing activities then they derived certain thrill out of it. The critters pressed the pedal nearly 2000 times in an hour, to the point of exhaustion. They took little interest in food or water or sex while at it.

The aim of the experiment was to find whether the sense of happiness could be created artificially through manipulation of a specific part of the brain. The study into the mysteries of neuroanatomy of humans has been a topic of interest among scientists ever since this experiment. We already know that certain hormones such as dopamine, serotonin and oxytocin produce sense of happiness and pleasure but are yet to find a more durable pharmacological remedy to the core matter. When it arrives eventually it would be an epic achievement. Imagine a world with no reason for rancour, no discontent, and thus no conflict.

In the absence of it we have to make do with devices we have, the best of which is innate human goodness. Humans, after all, are not mice. Both may respond to external stimuli in similar fashion but the former have evolved to possess capacity for benign sentiments. In 2020, the world needed these much more. Misery ruled – economic activity collapsed, livelihoods were lost, salaries were slashed, migrants had no place to go, COVID patients scrambled for beds, suicides followed hopelessness and so on. Social isolation compounded the woe. In terms of human suffering no year in living memory comes even close. Yes, 2020 called for a surplus supply of goodness to make life bearable.

Unfortunately, it was missing to a great degree. Amid heart-warming stories of selfless service and sacrifice by bravehearts in PPE suits, we had instances of incredible meanness and maliciousness. For every news of a frontline COVID fighter losing his/her life saving people, we had several of people spewing hate at fellow sufferers. As social media posts bristling with vileness swamped the cyberspace, it was evident that the sociopath in us had shifted from the fringe to mainstream. The gutter had became the river.

The trend – one hopes it’s just a trend – revealed something important: the world is full of unhappy people. They carry a lot of pent up anger within, and given a chance they would let it out against anybody, known or unknown. The long isolation somehow eroded the subtleness that socialising generates in us. It found ample expression in the outrage against migrant workers, Muslims, farmers and so on. Rats get agressive too. But it follows denial of basic needs such as food and sex, or from threat to life. It is not known whether their anger can be choreographed as in the case of humans. They can’t be made to find different targets to attack as humans. Their unhappiness cannot find someone else to be responsible for it. Also, it cannot involve coordinated group action. As a species, we are more evolved, aren’t we? Our potential to be sociopaths is bigger.

Emotions shape us as much as biological and environmental factors. The more postive emotions we experience in everyday life the more happiness it generates. If that is scarce, we tend to seek pleasure by making others unhappy. There’s a word that approximately explains this attitude: ‘schadenfreude’. Now, can there be a mathematical equation to handle ‘schadenfreude’?

Algorithms, we may not realise it, run our world. They make driverless cars negotiate busy traffic, decide whether you are credit worthy, guide us reach destinations through route navigation, influence the buying choices we make, serve food on tables and even prod how we vote. Powered by these, artificial intelligence has long surpassed average human intelligence to the extent that there are serious debates now whether machines would control mankind in future. If they can map and predict human behaviour, they should be able to find the clue to happiness too. Perhaps they only need the right data.