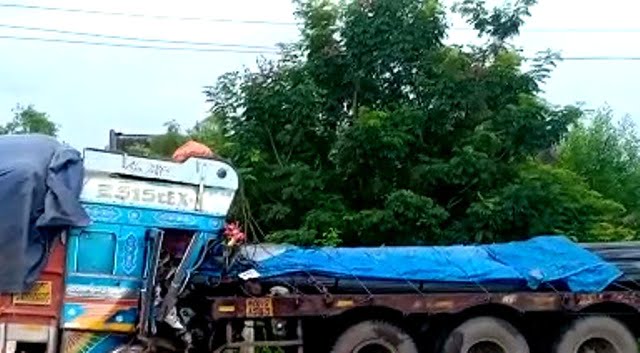 Cuttack: A driver of a cement-laden truck died on the spot after the vehicle collided with a stationary iron rod-laden truck from behind on National Highway-16 near Baichuan square under Tangi police limits in Cuttack district on Thursday morning.

Following information, police reached the spot and brought the body of the driver out by cutting the severely damaged cabin with a gas cutter.

However, the identity of the driver was not known till reports last came in.

Bus Rams Into Auto In Odisha’s Cuttack, One Killed