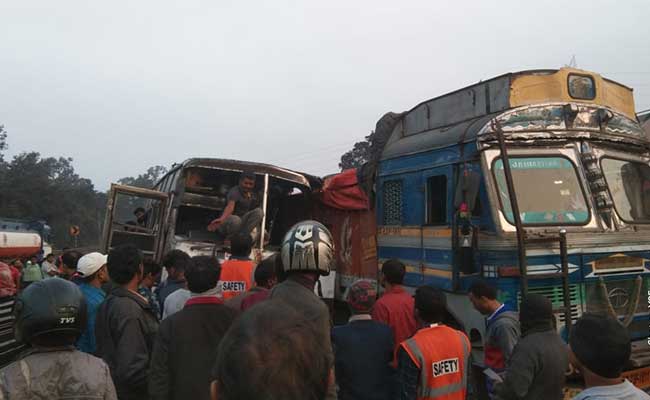 Sambalpur: A person was killed while more than 15 sustained injuries after a speeding truck hit a passenger bus near Khinda Chaak under Thelkoloi police limits in Odisha’s Sambalpur district early on Friday.

According to sources, the accident took place when the passenger bus was en route to Sambalpur from Jharsuguda.

On being informed, the local police arrived at the spot and rescued the passengers. All the injured were admitted to the district headquarters hospital in Jharsuguda.

The identity of the deceased has not yet been ascertained. Police, meanwhile, have initiated a probe into the accident.

Indian Users Will Have To Shell Out More Than US$ 8 For Twitter’s Blue Tick; Know The Amount