Tugnath: Shiva’s Imprint In The Clouds 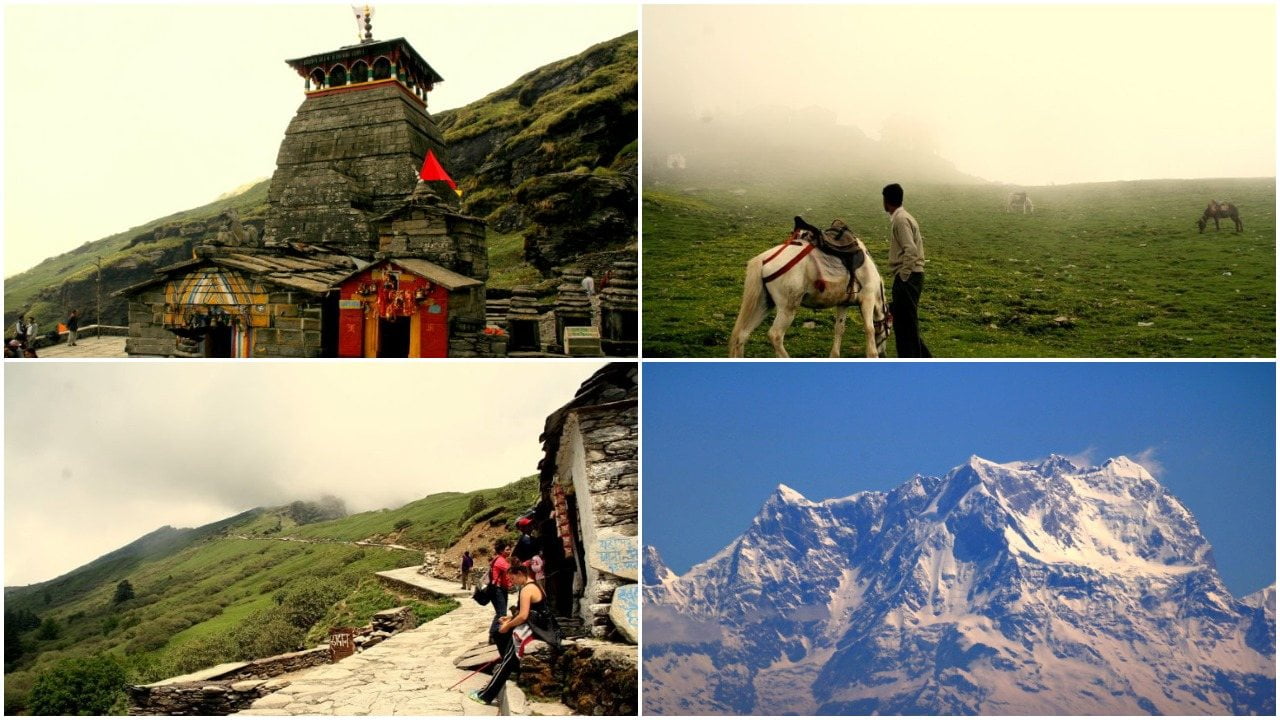 Garhwal region of Uttarakhand is the favourite of Lord Shiva. The region of Garhwal is raw, tough, wild and beautiful, and this is how Shiva loves it. Wherever you go in Garhwal, you will come across the imprint of Shiva.

His presence is marked in the mountain tops and the valleys. Shiva’s imprint is a much-venerated place and Panch Kedar is a set of these spots. Tungnath is one of the five Kedars.

The legend of Shiva the Bull

The story of Panch Kedar starts after the great battle of Mahabharata, where Pandavas, the five brothers, were the victors. For this victory, the victors had to kill their own cousins, which is considered a great sin. To atone for their sins, the five brothers had to pray to Lord Shiva and get his blessings. So they went to the Garhwal mountains, which is the home of Shiva. As per legend, Shiva had no intentions of meeting them, so he took the form of a bull. After a long and wide search, the Pandavas saw the bull grazing in the high meadows. They quickly identified him as Shiva. Next moment they were in pursuit of Shiva, in the form of a bull. But the bull proved elusive and quickly dived into the hard earth. Shiva in the form of the bull wanted to give his worshippers something tangible to hold on to. Soon he reappeared in different parts of Gharwal, with different body parts. The bull’s hump appeared in Kedarnath, the face in Rudranath, the hair in Kalpeshwar, the torso in Madhyamaheshwar and the arms in Tungnath. Pandavas built temples to Shiva in all these spots and did their puja and penance. The Pashupatinath Temple in Kathmandu (Nepal), which is also a Shiva temple, is considered a temple in the series of Panch Kedars. Many pilgrims visit all the five spots as one continuous pilgrimage and finally visit the Pashupatinath Temple, to complete their Panch Kedar journey.

Tungnath, at 3,680 meters, is the highest of the Panch Kedars, but interestingly, it is also easiest to reach. The good thing is that besides its religious importance, it is also one of the most scenic temples you will ever visit.

On way to Tungnath from Rishikesh, you pass a number of Prayags, that is the point of confluence of the holy rivers, a very auspicious spot as per Hindu religion. Basically, all these Prayags you pass are on Alaknanda river, which meets Bhagirathi at Devprayag to form the holy Ganga.

Starting with the most picturesque Devprayag, one goes through Rudraprayag, Karanprayag and Nandprayag in that order before you hit Chamoli. Tungnath is 51 kilometres from Chamoli.

From Chamoli you take a left turn, cross the bridge over Alaknanda and then climb up to Gopeshwar. The drive from Gopeshwar to Chopta (which is at the base of Tungnath) which passes through Mandal, is breathtakingly beautiful, especially once you pass Mandal, which is almost halfway to Chopta from Gopeshwar. Beyond Mandal, you pass through thick forest till you reach the area around Chopta. You will come across cascading waterfalls, forests of rhododendrons, steep verdant valleys, basically the best of mountain beauty.

The temple of Tungnath is in a pristine setting and has a remote feel to it. Thankfully, till the time I visited it, there was not too much construction around it, unlike the Kedarnath and Badrinath Temples, which have been so inundated with concrete construction all around, that you cannot appreciate the natural beauty of their setting.

The old stone Tungnath Temple structure is built on the traditional Nagara style, which is prevalent in temples on the North Indian mountainous region and Nepal. It is similar to Nanda Devi Temple in Almora and the famous Kedarnath Temple, in Garhwal.  After you have done your darshan, I advise you to hang around the temple complex which has some smaller temples too, other than the main temple. It is usually not very crowded here and you can sit and absorb the sights and sounds. Watch the other pilgrims go through their routine and the play of clouds around, some of which would be below your eye level.

A great option for those who are fitter and if the weather is clear is to head to Chandrashila Peak (3,930 m) once you have reached and done your darshan at Tungnath. It’s another two hours of a walk but the views you are going to see from up here are very rewarding. You can spot the famous peaks of Uttarakhand, such as Bandarpoonch, Chaukhamba, Nanda Devi, Kedarnath, Neelkanth and Panchachuli.

One way to visit Tungnath is as a day trip from Gopeshwar. Gopeshwar has a number of good staying options (including home stays). One can also stay at Mandal, which is much more picturesque and quaint than busy Gopeshwar. At Mandal, you will find a couple of places offering basic staying options. But the best would be to stay at Chopta. Again the options here are few and basic, but staying here gives you the great opportunity to trek around the beautiful Chopta.  I would recommend at least one night stay at Chopta.