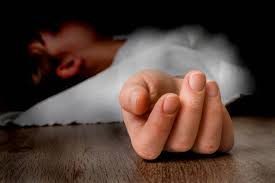 Jajpur: A man and his son were arrested following the death of the latter’s wife allegedly due to dowry torture in the district.

According to sources, Sangita Das of Nuapatna village under Dasrathpur block had married Bikash Parida of Duduranta village in 2018. Sangita’s family had given the dowry demanded by her in-laws at the time of marriage.

Sangita’s mother has filed a complaint with Mangalpur police that her daughter’s in-laws were torturing her for getting Rs two lakh from her parents. As her family could not afford to give the amount, Sangita’s in-laws killed her, the complainant alleged. But Sangita’s in-laws claimed that she committed suicide due to mental instability.

Police have sent the body for post mortem and arrested Sangita’s husband and father-in-law in connection with the case.

COVID-19 Woes: Business Being Zero, Sex Workers Starving. But Does Anyone Care?