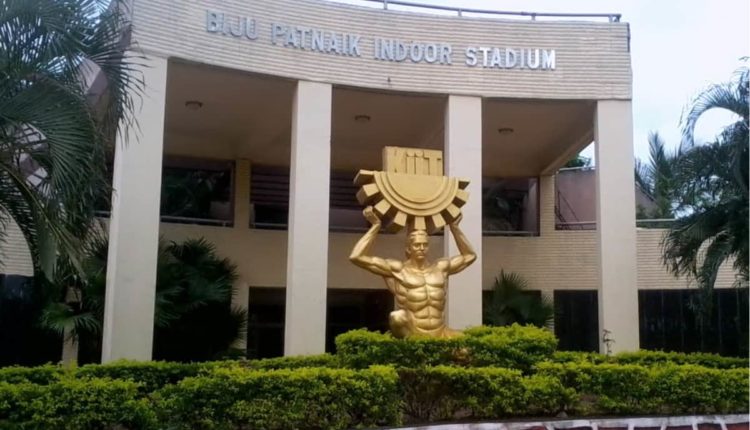 Rourkela: In September, 2016 when Rourkela was included among the cities to be developed as a Smart City, it created euphoria among the citizens.

It generated high hope that it would soon turn into a city with quality infrastructure and modern facilities. But the euphoria vanished soon as citizens noticed no actual development work at the ground level.

Now, after inordinate delay, Rourkela Smart City Limited (RSCL) has taken up some developmental work in the city. Development and beautification of a few parks and the construction of bus shelters at different points has started. In addition to this, RSCL has taken up work on two major sporting facilities, bringing smiles on the faces of sports loving people of the civil township areas.
One is Birsa Munda Multi Purpose Stadium and the other is Biju Patnaik Indoor Stadium near Hockey Chowk at Panposh.

Rourkela MLA Sarda Prasad Nayak remarks, “Our Government had promised to build major sports facilities at Rourkela. Now, the work has begun. Soon people will have high quality infrastructure here, which will benefit the youth of the city”.

Biju Patnaik Indoor Stadium is being built over two acres of land. It will have three badminton courts of national standard with a sitting capacity of 500 spectators. It could be used for table tennis also. Outside the hall, a tennis court and volleyball court will also be prepared. They will high quality lighting arrangement and a rain harvesting system. A solar panel will also be fixed at the roof top to make it self-sufficient on energy. With the estimated
cost of Rs.9.32 crore, the stadium construction work will be completed by August/2020.

RSCL has taken up another big project of the redevelopment of the multi- purpose Birsa Munda Stadium with Multi Level Car Parking (MLCP) facility. Located in the heart of the city near Birsa Munda Chowk, it is being redeveloped on 47600 sq.meter (10.72 acres).

The design prepared by TATA Consulting Engineers Ltd (TCE) to redevelop the existing stadium as a multi purpose sports complex encompasses a football stadium of national standard along with facilities for athletics, swimming and MLCP with commercial spaces.

A natural grass field in accordance with international standard and necessary water drainage system will be prepared in the centre of the complex. The stadium will have flood light facilities for night matches in the stadium.

The main building in the West will have a covered seating arrangement with normal and VIP seating. Additionally, there will be three more galleries in the North, South and East blocks. The stadium will have a total seating capacity 10,000 spectators. An eight lane synthetic track will be laid for athletics around the football pitch.

It will have an administration office, cafeteria, changing room for players along with a gymnasium and other supporting facilities. In the MLCP building, three floors will be used for car parking (total 177 cars) while the third and fourth floors will be for commercial activities. A national standard swimming pool will also be built in the complex.

The estimated cost of the entire project is around Rs.134 crores. It is to be completed within 24 months (January/2022). URC Construction (P) Ltd, Chennai has been entrusted with the execution work. It will shoulder the responsibility of maintenance for 5 years after completion.

Secretary of Kalinga Sports Federation, Sanjay Babuta is happy with the initiation of the redevelopment work of Birsa Munda Stadium. ” We are eagrly waiting for the day when it will be opened for practice. It will certainly bring a big change in the sporting culture of the city.”

Echoing similar sentiments, Kabaddi coach Shukru Tanti said, “Our regular practice has been hampered due to redevelopment work. But once it is completed, we will have better facilities. So I am ready to bear the temporary inconvenience”.

Project incharge of the executive agency, URC Construction Private Ltd (Chennai) R. Chakarapani said, “We have to finish our work by January 2022 . Corona epidemic has impacted the construction work. But we are sticking to our target. Rather, we will try to complete it before the scheduled time.”

Buses & Taxis To Ply During Weekend Shutdowns In 11 Odisha Districts

Amitabh Bachchan Shares ‘Most Important Graph Of 2020’ On Social Media