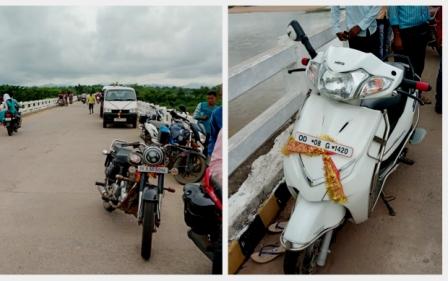 Balangir: In a shocking incident, two women jumped off the Tel river bridge in Tusra area of Balangir district on Thursday morning.

Eyewitnesses said that two women arrived on the bridge this morning on a scooter. Later, they took out their shoes and jumped off the bridge.

On being informed, police and a fire brigade rushed to the spot.

Till reports last came in, there was no trace of the two women.

Preliminary investigation has revealed that the two missing women are sisters and daughters of a businessman of Gudvela area.