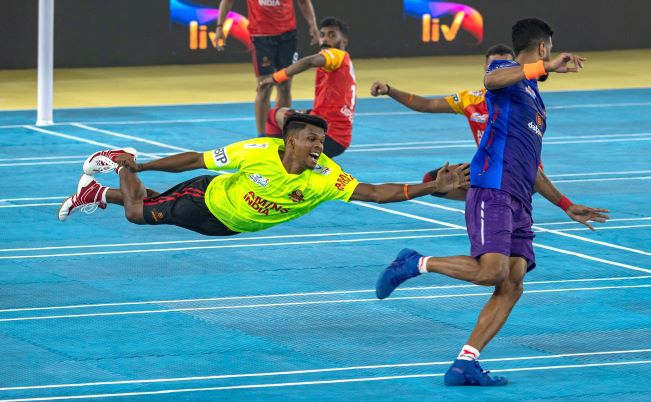 Pune: Odisha Juggernauts will be eyeing the champions’ prize of Rs 1 crore in the Ultimate Kho Kho League as the inaugural edition enters its business end.

Besides the fat purse for the winning team, the runners-up will earn Rs 50 lakh and third-placed team Rs 30 lakh. There will be a number of other awards worth Rs 20 lakh.

It’s one of the biggest prize pools for the first season of any Indian league of non-Olympic and non-cricketing sports.

“This game has a lot of potential and we are committed to give everything in order to take it to the next level. I’m sure the prize money will encourage and motivate not only the teams but also the players as well as the game’s next stars, who are watching the league on TV,” said Tenzing Niyogi, CEO and League Commissioner of Ultimate Kho Kho.

Gujarat Giants and Odisha Juggernauts, the top two teams in the round-robin league stage, will face off in Qualifier 1. The winner will advance directly to the final, but the loser will get another crack at the title round as they will meet the Eliminator (Telugu Yoddhas vs Chennai Quick Guns) winner in Qualifier 2.

Odisha Juggernauts have had a red-hot run in the league, with an incredible six-match winning streak. Though they finished their league engagements with back-to-back losses against Telugu Yoddhas and Mumbai Khiladis, the Juggernauts had already ensured a top-2 finish.

Juggernauts will fancy their chances against Gujarat Giants after having split their two games against them. While they lost 49-54 in the first clash, Juggernauts edged past the Giants 50-47 in the return fixture.

Another Low Pressure Likely Over Bay Of Bengal, Forecasts IMD