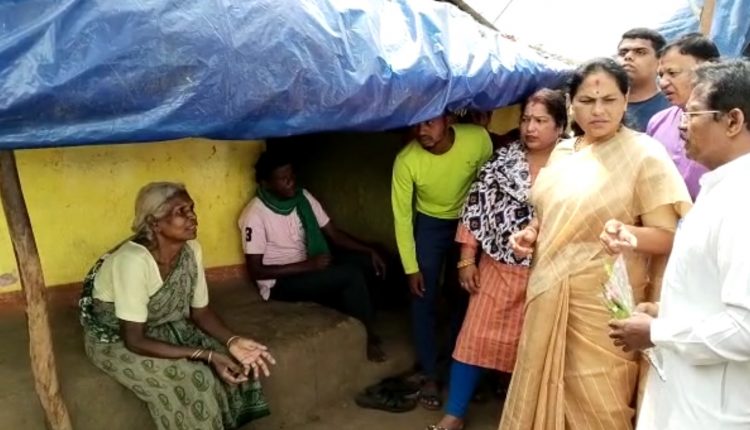 Nabarangpur: Union Minister of State for Agriculture & Farmers’ Welfare Shobha Karandlaje on Thursday came down heavily on the state government for poor progress of welfare schemes funded by the Centre.

Speaking to media persons, here, after reviewing various development programmes of the Centre with the officials, the minister said funds worth crores of rupees are not properly utilised in implementation of the schemes for welfare of the people.

“Though the Centre has been pumping adequate funds for fast development of the aspirational district of Nabarangpur, the state government has failed in their effective utilisation at ground level. The Centre has sanctioned crores of rupees for health, food security and irrigation sectors, but the funds have not been used for the projects as those have been embezzled at different levels,” she said.

During her two-day tour to the district, the Union minister visited the community health centre at Pujariguda to take stock of implementation of Natioinal Health Mission and Ayusman Bharat. During a visit to Batibeda, she found that machines were being used for digging a pond instead of engaging the labourers, she expressed her displeasure as the fund was sanctioned under MGNREGA.

On finding that the work on a water treatment plant in Umerkote, which was targeted to be completed in 2019, was still going on, she reprimanded the engineer and directed to complete it soon.

National Civil Services Day: Dedicated To Those Who Form The ‘Steel Frame Of India’