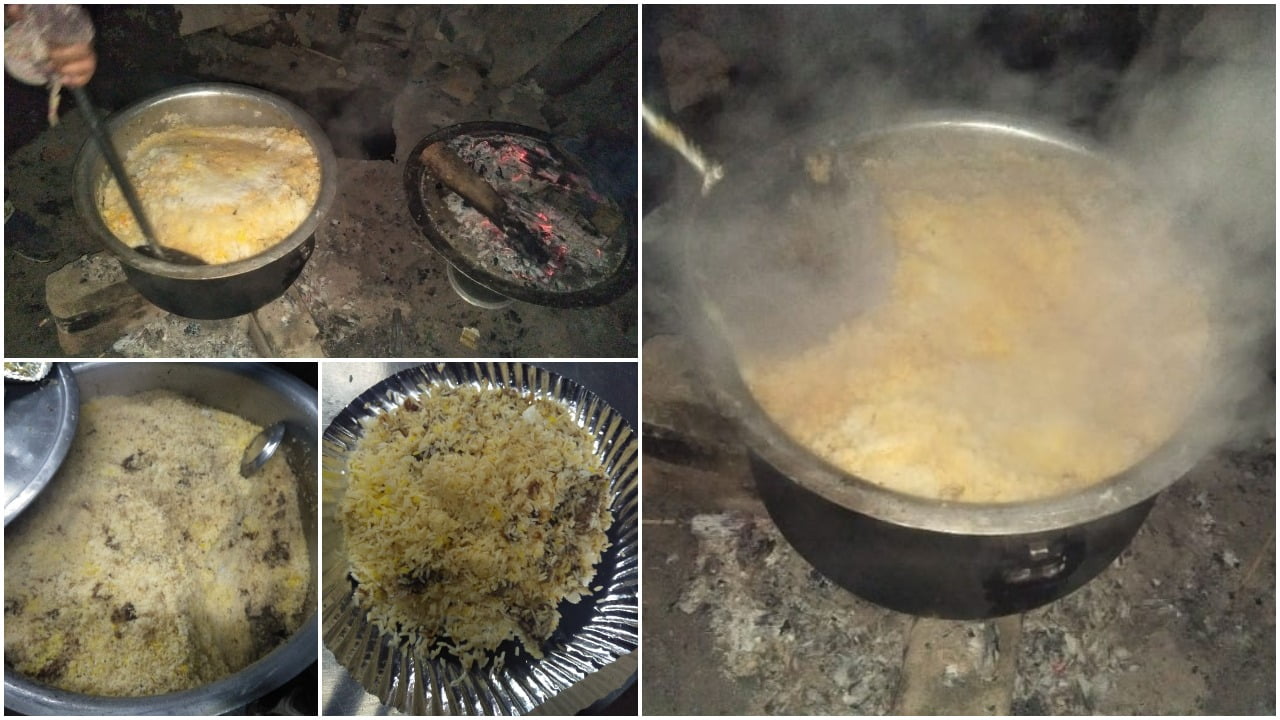 How well do you know your biryani?

Is it Afghani or Pakistani?

Is it Hindustani or Isfahani?

What does it matter,

So long as it’s Biryani

Thus goes a saying and how true. Wherever in India, you cannot not have the region’s local biryani. If you are up north, you’d mostly find Lucknowi; in Mumbai, much like the city, it’s biryani too is a melting pot; and down south Hyderabadi or Dindigul have made a name just as East India is largely about Kolkata biryani.

Lesser known in the east and confined mostly to Cuttack is the Kataki biryani, which has not made a mark outside of the state.

On a hunt to track down where this biryani came from, we were guided to Khatbin Sahi in Cuttack, to the house of Dilbar Khan, better known in the town as Tikki Mian. He is no more (1989) but his legacy lives on in the form of Tikki biryani, managed now by his sons, Minsar Khan, Munsaf Khan and Ansar Khan. But whatever their names, the biryani they sell is still called Tikki biryani.

“My father learnt his trade from Syed Sahab,” says his son Minsar, now 72.

That’s as far back as the brothers can recall the history of biryani in Cuttack, though it probably has a rich heritage dating back to the time various Muslim kings – beginning with Sulaiman Karrani in 1568AD and ending with the surrender of the Nizams of Bengal to the Marathas in 1751AD – ruled the state. The word “biryani” is known to have been derived from the Persian word Birian, which means “fried before cooking”, while Birinj is the Persian word for rice.

It is widely believed that the dish originated in Persia and marched to India with Muslim soldiers. It made perfect sense in those days to cook biryani in bulk to feed a hungry army, which needed its quota of carbohydrate and protein.

“The secret lies in the miqdar, the net quantity of masala,” says Tikki Mian’s grandson Zahid, who sells spices and other ingredients that go towards making the biryani special. “Our miqdaris higher than in other biryanis. Next comes the meat. It should at least be a dedha, 1.5kg of meat to 1kg of rice. In Kolkata they prefer 1:1 ratio. Most Muslims in Cuttack settle for 1.5:1 ratio. But Hindus ask for 2:1 and even stretch it to 3:1 sometimes. Therein lies the taste. In principle, if not at least a dedha, we don’t consider it biryani. It is against our principles to settle for anything less.”

At Royal, a popular biryani joint since 1986 near the fire station in Buxi Bazaar, proprietor Mohammad Rahim says his father used to cook the biryani first and now his maternal uncle, Md Yousuf, does the honours. His father learnt the art from Hyderabad, he says. So, which one is tastier, the Hyderabadi ware he sells or the one famous as Kataki biryani? “Well, our biryani is not purely Hyderabadi, it is a mix of Hyderabadi and Kataki,” he says.

Riyaz, who cooks biryani at Daily Durbar near College Square, learnt to cook the dish in Hyderabad. Asked why he went that far when he could have learnt it in Cuttack, he said there were not many hotels in Cuttack those days, so it made sense to go to the famed biryani city down south. Asked the difference between Hyderabadi and Kataki biryani, he says: “In Hyderabad, they make Kacchi biryani, everything is mixed and given dum at once but over here, the mutton isn’t that good, they mix and match and give from different animals. The mutton is first half done (cooked), before setting it up for dum. Also, Tikki Mian’s Kataki biryani gets its taste because of the onions he adds.”

Staff at the Biryani Box outlet in Buxi Bazaar would only say that their biryani is Hyderabadi. Their cook is from Odisha but he learnt the trade in Hyderabad. “Our food is cooked in bulk and distributed at different centres. We don’t cook anything here, so I can’t tell you more,” said the person manning the unit.

Next-door Mirchi, too, sells Hyderabadi biryani. Imtiyaz Khan at the counter says his brothers, Sabatin and Naseem and he learnt the trade in Hyderabad, set up a restaurant in Dubai and then returned to Cuttack to set up Mirchi. But why Hyderabad? What about the Kataki fare? Wasn’t it good enough? “Hyderabadi biryani is the benchmark. There is no such thing as Kataki biryani. It doesn’t exist,” says Imtiyaz. “You can say Kataki Dahi Bada and Aloo Dum are great, or Chhena Podo is from Odisha. But not biryani. The way it is cooked here is also different. The meat is first half-cooked, no direct dum, which is a must. It is like if someone cooks pasta and sells it here, will it be then called Odia pasta? No, it remains Italian only.”

Dada’s Biryani near YMCA offers its own brand of biryani. Manager Abhijeet Dey asked us to savour it and decide for ourselves if it was Hyderabadi, Kataki or Calcuttan. It tasted a lot like the traditional Cuttack fare, with generous helpings of rose water. “My father, Deepak Dey, cooks it,” says Abhijeet. “He earlier ran a fast food centre. It began as a stall. Gradually, we moved to biryani. And now, we have this restaurant. This is my dad’s own recipe. He has customised what we get in Cuttack.”

Hashim’s at CDA sells Hyderabadi biryani. “It is actually Lucknowi, but everybody calls it Hyderabadi somehow,” says its proprietor Asgar Hashim. Asked about the original Kataki biryani, he says: “That’s too oily and spicy. You must savour our biryani. Pait bhar jayega, par dil nahi bharega (Your tummy will be full but not your greed).”

Corporate chef Nisar Ahmed of Hotel Mayfair Lagoon in Bhubaneswar has not sampled the Kataki biryani. “Or I might have. But I am not sure if it is any particular one you are talking about,” he says. “Awadhi, Hyderabadi, Kolkatan are the major types. The rest are usually variations of it. They are all derivatives of the Persian dish ultimately.” Asked if he would like to sample the Cuttack biryani and give his comments, he was forthcoming. “Sure, I should then be able to say which biryani it is like. But it helps if I know how it was cooked. Try and find out how they went about the cooking process. I will then be able to say more.”

Maybe if Tikki Mian’s offsprings were to venture out of those narrow lanes and set up restaurants at prime locations, the biryani too would go places and get noticed. “Yes, we would like to set up a restaurant,” says Zahid. “Do you know of any place in Cuttack where we can set up shop? I definitely want to.”

“If Tiki Mian ever opens a proper restaurant, he will kill the competition in one stroke,” says a former restaurateur who still dreams of making it big in the food sector.

Cold Nights To Continue In Odisha Till Feb 7

Another 10242 COVID Patients Recover In Odisha