Unseasonal Rain In Maharashtra Jacks Up Onion Price In Odisha 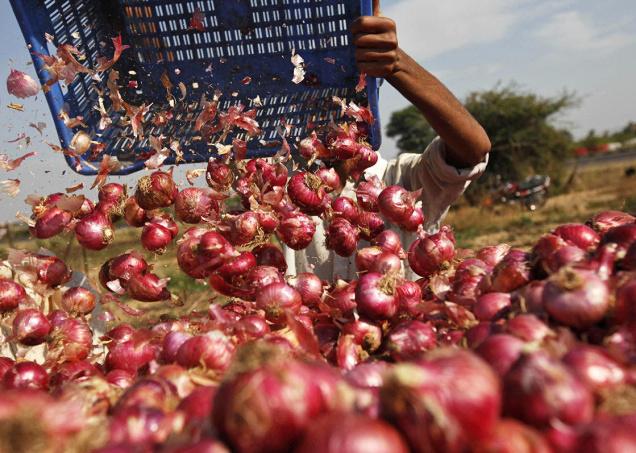 Bhubaneswar: The price of the onion went up sharply in Odisha on Saturday due to the unseasonal rainfall in Maharashtra.

Talking to the media, secretary of Odisha Byabasayee Mahasangh Sudharkan Panda said against the wholesale price of onion which was at Rs 30 to Rs 35 per kg, it is now sold at Rs 45 to Rs 49 per kg. As a result, the retailers are selling at an average rate of Rs 50 per kg.

The unseasonal rainfall in Nashik in Maharashtra has led to huge losses to farmers, he added.

“The onions which were mostly stored by the farmers at the thatched house have got completely drenched as the roofs of the houses got blown away by strong wind accompanied by rain. As the onion rots in two days once it absorbs water, the volume of export to Odisha and other states has drastically come down resulting in the sudden price hike,” Panda said.

However, he hoped that the onion price will come down by Rs 10- Rs 15 per kg in Odisha in the next week days after the weather returns to normal in Maharashtra.

Driver Killed As Truck Falls Off Ghat Road In Odisha’s…