The Odia soldiers had displayed their uncommon heroism as an integral part of the struggle. The list of these Odia veterans of the INA is available in the records of the Home Department. They were classified under three categories such as “Black”, “Grey” and “’White”.

Well-known historian Anil Dhir, who has done extensive research on the INA, says that he has met and interviewed 27 of the former soldiers in Odisha itself. The majority of them were from Ganjam and Puri districts; however, he has also listed many other veterans in different districts of the state. A detailed list of the Odia soldiers was prepared by the INA Association of Odisha, which was formed in 1948 and had its headquarters at Hinjlikatu in Ganjam district.

Out of the 1,100 civilians, who were detained by the British forces in Burma for their suspected links to INA, 55 were Odias. They were kept at the Central Jail in Rangoon for six months before being released. 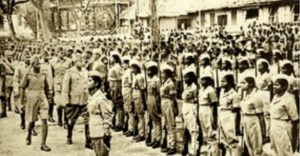 Dhir laments that the veterans of the INA were given a raw deal by the newly formed government of India. The Mountbatten-Nehru pact, by which all the detained INA veterans were released, came with the condition that the Indian government would not employ or rehabilitate any of the INA persons in military, police or government services. They would not be given any recognition or any pensions. In fact no photograph of Netaji or any other INA heroes were allowed in any of the military regimental headquarters or mess. 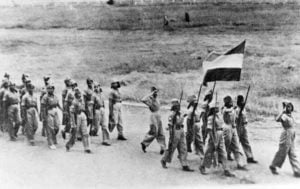 On the instructions of the Centre, all state governments had kept tabs on the activities of the disbanded and released INA soldiers. The Odisha government too had formed a Special Intelligence Wing and kept the INA veterans under surveillance from 1948 to an unspecified period. Not only did the government ignore their plight, but put roadblocks in the way of their rehabilitation and resettlement.

When the Orissa Military Police was formed in 1946, many INA veterans had applied, but all their applications were rejected. In spite of their military track record, not one single INA Odia was taken in the new wing of the Police. In fact, in March 1948, Gurkhas were inducted, but the INA Odias were ignored. In later years, even surrendered Chambal dacoits were inducted. This was a gross injustice meted out to Netaji’s soldiers.

Many of the INA veterans were given small jobs at the Hirakud Dam site during its construction. They had expertise in jungle clearing, driving trucks and blasting with explosives. This was done at the insistence of Biju Babu, who nurtured softness towards them. He had even attended a few of the meetings organised by the INA Association at Hinjlikatu. However even subsequent governments did little for them, even after they had been recognised by the Centre. The story of Laxmi Panda is one such story, who was conferred the Rashtriya Swatantra Sainik Samman just three days before her death. 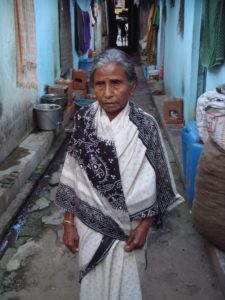 It is tragic that many of the Odia veterans had to eke out their lives doing menial work. Many of them were ashamed to tell of their involvement in the INA and died in penury. It was only after 1972 that the Government of Odisha started giving them meager pensions of Rs 200 /- per month, which was later on increased substantially in the coming years. Dhir says that nearly two dozen of the veterans had to make their living by opening pan shops in different cities.

Dhir has met and interviewed 170 INA veterans all over the country. He is of the opinion that all other states, especially Punjab, Kerala, Tamil Nadu, Uttar Pradesh, Himachal and West Bengal, gave the veterans their due after the 1970’s. Many were given land and good pensions.

However, the Odisha government ignored their plight. He has repeatedly written to the authorities that a proper survey should be conducted in the state and details of all INA veterans collected. According to him, the last veteran Ehsan Quareshi, died in 2018, no other surviving INA soldier exists in Odisha.

The Odisha government should build up a suitable memorial for the INA soldiers and a proper research should be conducted in their contribution and sacrifice for India’s freedom movement.