Victims Of Nepotism? Most Underrated Actors Of Bollywood 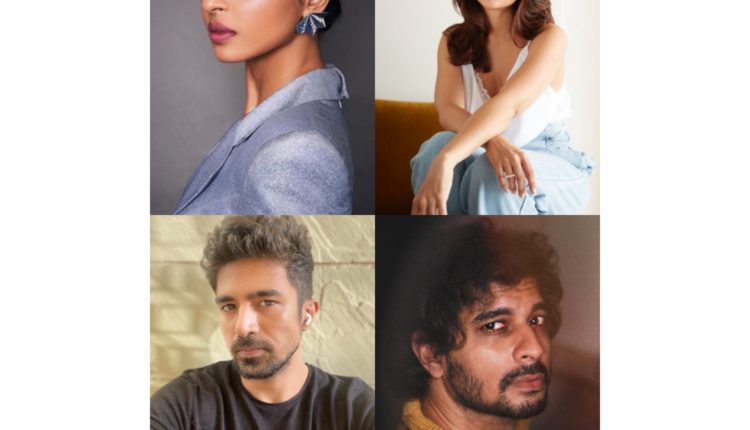 Mumbai: After the tragic death of Sushant Singh Rajput, nepotism became the talk of town.

Many Bollywood insiders as well as general public took to social media to target star kids and directors and producers like Karan Johar, Alia Bhatt, Mahesh Bhatt, Ananya Pandey, etc., blaming them for the struggles outsiders face to make a mark in the film industry.

At the same time, the audience too is responsible for the same. If the ticket-buying audience supports good cinema and outsiders, then no one can stop these talented yet underrated actors.

There are a plethora of talented actors who play supporting roles, sometimes blink and miss roles, and still shine brighter.

Here we have a list of some of the most talented actors in Hindi films, who we hope eventually get their due in the future. However, there are other actors as well who are not mentioned in the list.

A beautiful day calls for a backyard picnic. Fixed myself a Johnnie Walker cucumber highball and a light snack to go with the weather! Here is how I made it in case you want to try it: 50 ml Johnnie Walker Red label 120 ml Soda Fresh Cucumber Slice for Garnish Method: • Fill a highball glass with lots of ice • Pour over your Johnnie Walker Red Label • Top it up with some soda • Garnish with a fresh cucumber slice Enjoy Responsibly! @JohnnieWalkerIndia #spon #johnniewalkerhighball #explorefromhome #drinkresponsibly

Well, she is a famous name in the digital world, but this did not fall in her lap. Notwithstanding her contributions to Bengali, Tamil and Marathi films, the actress, who made her Bollywood debut with Shor: In The City, has been largely ignored in Bollywood. This despite her delivering some stellar performances in films like Badlapur, Sacred Game and many others.

Tahir Raj Bhasin has impressed the audience with his wonderful performances in films like Mardani, Chhichhore and Force 2, etc.

A former TV actress and known for her work in Punjabi films, Surveen Chawala possesses great talent. Be it Hate Story 2 or Parched, she surely knows her craft. However, she is still very underrated and waiting for her rightful due in Bollywood.

Gulshan Devaiah is another underrated gem in Bollywood. The talented star has aced every role with ease. He proved himself in Bhansali’s Ram Leela and Hunterrr. The man deserves more fame and spotlight.

It is really sad that Ranvir Shorey is still on the list. He is one of the most natural actors that we have in India. Though cast in supporting roles, he has rocked with his brilliant performances in films like Pyaar ke Side Effects, Khosla ka Ghosla and Sonchirdiya among many more.

This young talented star started his career from TV. Vikrant Massey has proved his mettle in films like Chapaak, Dolly, Kitty, Wo Chamakte Sitare and some more.

We have seen him in very few films, but the boy has always stood out for his acting skills. He made a huge impact on the audience in films like Life of Pi and Phillauri. He followed it up by playing an integral part in the fourth season of Homeland. But however, it is strange that he hasn’t been approached or been seen in many films.

Our film #LorniTheFlaneur is an official selection at the @nyindianff #NewYorkIndianFilmFestval 2020 Nominated for Best Screenplay, Directed by @WanphrangD and Best Actor, me. LORNI can be watched in North America on https://t.co/tIrdLEUrNO 31stJul till 2nd Aug https://t.co/X2Zo2y2Gtn

Adil Hussain won over everyone with his sarcastic-yet noble middle-class husband in English Vinglish. This talented actor is very underrated and underutilized in the film industry. He played several small roles in Kaminey, Lootera, The Reluctant Fundamentalist, and Life of Pi.

Saqib Saleem impressed the audience with his performance in Yashraj’s Mujhse Fraaandship Karoge and Mere Dad ki Maruti. He also stunned the public with his act in Karan Johar’s short in Bombay Talkies, where he played the role of a homosexual.

Major throwback 🚨Love this beautiful B&W profile picture. I think I was about 26 at the time. It was a casual shoot post the release of the movie ‘Aisha’ intended to show the world a different side of me. I was trying really hard to fit in chasing my version of a successful acting career. As lovely as this photograph is I was unhappy at the time and felt disillusioned with life. But…I must tell you that getting older has been wonderful. I don’t care what the world thinks anymore. I’m more confident about myself and my beliefs 💪🏼. I don’t feel the need for validation which is hugely liberating! Most of all I stopped equating success with happiness. There’s so much more to life ✨ . Big shout out to the people behind this beautiful image ❤️. HMU & modelling coach – @eltonjfernandez 📸 @sayansurroy

Amrita Puri acted in the film Aisha. However, after that, she did not get any major opportunities apart from Kai Po Che. She’s a fantastic actor and deserves so much more in terms of projects, fame, and money.