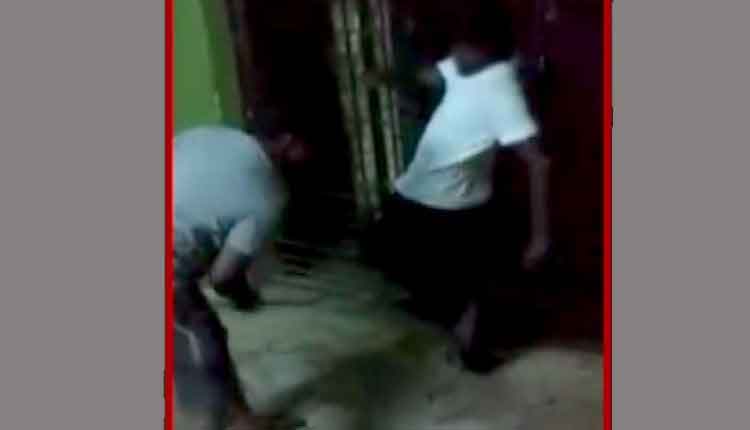 Bhubaneswar: A shocking video of students of a city-based engineering college here being thrashed by the hostel warden for scoring poorly has gone viral.

In the video, the warden, Biswaranjan Rana of Gandhi Science College, can be seen beating two Plus II students from Keonjhar and Jajpur mercilessly with a stick, despite the latter pleading with him to spare them.

The incident, which took place on August 11, came to fore after the video went viral on  August 17.

Following an outcry over the incident, the college authorities suspended the warden and lodged a police complaint on Monday.

“The two students were enrolled in the college on the recommendation by the hostel warden. Their parents had asked him to keep an eye on their performance. Since these two students repeatedly fared badly in examinations, he beat them with a stick,” said college principal Sudhansu Sekhar Moharana.

Based on the complaint, police reached the college and started investigation into the incident.

Bhubaneswar Students Set For Studying Abroad To Be…