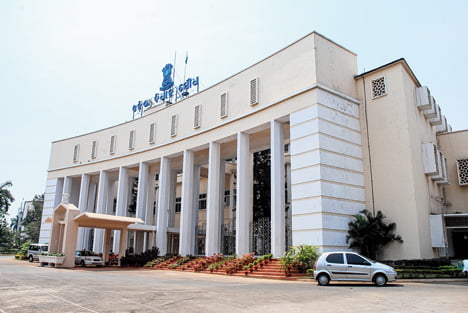 Bhubaneswar: In the latest development in Legislative Council issue, the Centre has sought certain clarifications from the Odisha government.

According to sources, the Law Ministry has written to the state government to clarify the issues on the basis of the letter written by Assembly Speaker Surjya Narayan Patro to the Ministry. The Parliamentary Affairs department of the state government would reply to the query clarifying the points and submitting necessary data.

Patro had written to the Centre after Union Minister of Law and Justice Kiren Rijiju, in a written reply to BJD MP Prasanna Acharya in the Rajya Sabha on February 11, said as per record, no resolution passed by the Odisha Assembly had been received to create Legislative Council in the state.

The Speaker had sent the letter to Union Law Minister, while Assembly secretary had written to Lok Sabha, Rajya Sabha, Union Parliamentary Affairs and Union Law and Justice ministries.

The letters mentioned that the Odisha Assembly on September 18, 2018, adopted a resolution for creating a Legislative Council in the state and the same was communicated to the Lok Sabha, Rajya Sabha, Union Parliamentary Affairs Ministry and Union Law and Justice Ministry.

Patro had told Rijiju that most probably officers in his ministry did not brief him properly, which resulted in he telling Rajya Sabha that his ministry was not aware about Odisha’s proposal. He also suggested that the Union Minister should order a departmental inquiry to fix the responsibility.