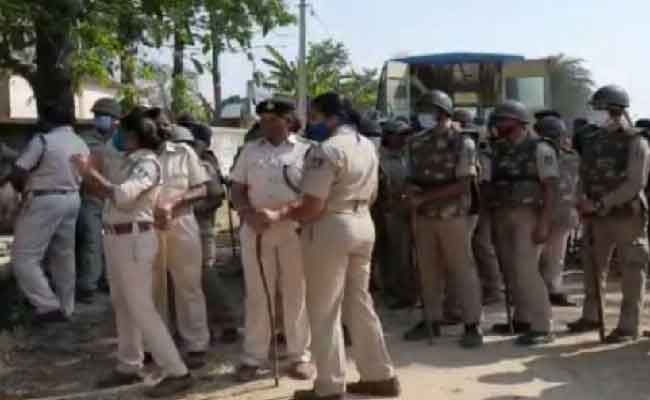 It may be recalled that the villagers had gheraoed the Bheden police station on November 27 demanding the arrest of a murder accused. The protesters had also indulged in a scuffle with policemen. Following the incident, police had registered a case against more than 27 villagers.

To execute the arrest of the accused, the Bheden police arrived at the village in the morning. But the villagers stopped them by blocking the road.

Apprehending trouble, four platoons of police are deployed in and around the village.