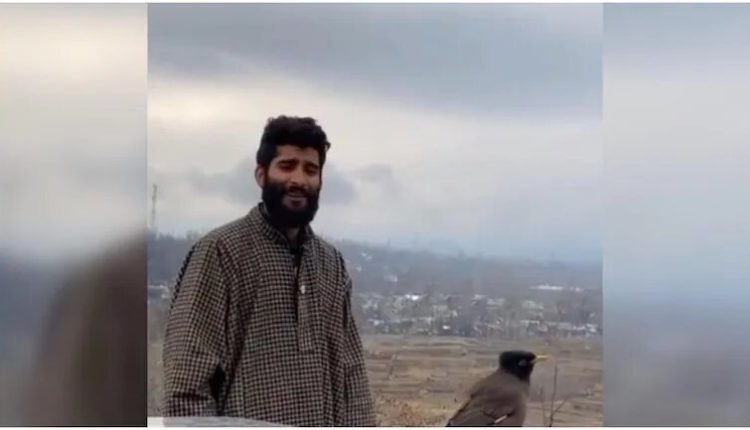 When was the last time you heard a pean to a beautiful creation of God? One would probably have to go back to folklore or literature to recall anything that is in prase of the marvels of nature.

India Today was in for a pleasant surprise when it chanced upon a beautiful video of a man singing to a bird in Kashmir. The short clip, posted on Instagram by Swastik Mastaan, has gone viral on social media much to the delight of netizens.

A man wearing a traditional ‘phiran’  is seen singing a soulful song to a myna, seated on the bonnet of his car. The bird seems to provide sweet vocals to the song as the man croons.

The video has been shot at a picturesque location in Kashmir. In the caption of his post, Swastik Mastaan posted what appears to be an English translation of his song.

“My soul was yearning for your love. I yield my soul to you my beloved mother. Thy the mortal was restless wandering. Your aura is breathtaking. I surrender at your feet. Acceptance is overwhelming. Thy little bird sang along alongside mere mortal equally drenched in your love. Thoughts meet ways may differ. It’s the glory we intent to revive so the paradise becomes a paradise again,” the caption of the post reads, India Today reported.

(Watch) How This Canadian-Indian Dancer Celebrated His COVID-19 Jab

Yeeks! You’re Bound To Throw Up After Watching This…