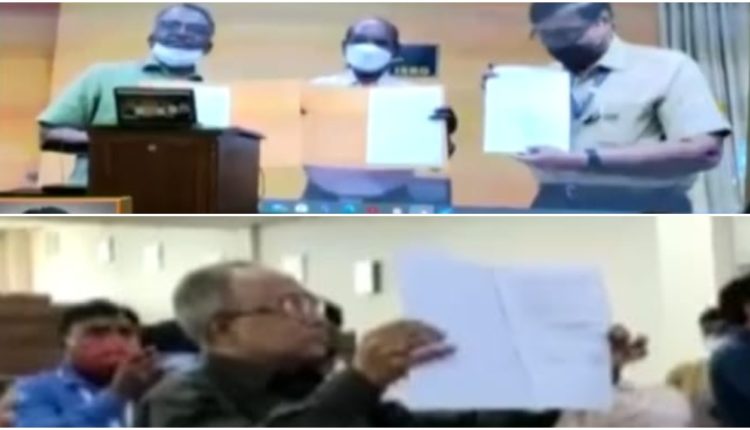 The virtual signing ceremony was attended by ISRO Secretary and ex-officio chairman K Sivan and Vice-Chancellor of the varsity Atal Chaudhuri.

According to media reports, ISRO will be providing a grant of Rs 50 lakh to VSSUT for development of infrastructure. It will also provide training to the students.

This is for the first time that ISRO has inked a pact with a university in the country for research.

Notably, the ISRO had selected this premier technical institute after the ‘sounding rocket’ developed by the VSSUT Innovation Club found a place in the Limca Book of Records.

A proposed innovation-cum-incubation centre will also provide students with a better scope for study and research in astronomical science.

It may be also mentioned here that Sivan was to be felicitated in the recent convocation of the VSSUT, but he couldn’t make it to the event due to his busy schedules. Following which, a VSSUT delegation went to the ISRO for the purpose.