Was Puri Shankaracharya Consulted On Chandrayaan-2? Here’s The Truth 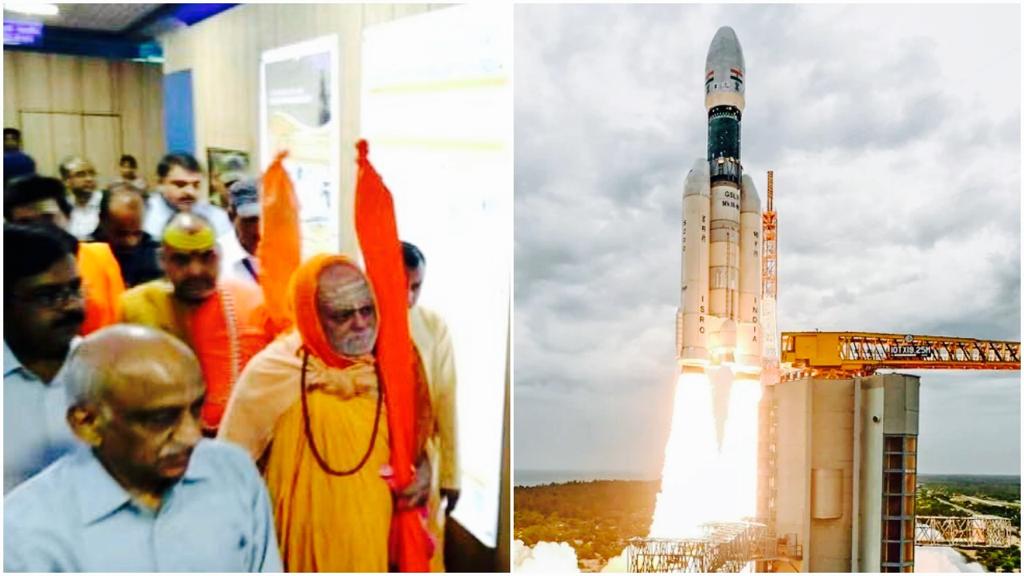 Amid reports and misreports, Odisha Bytes spoke to Govardhan Mutt’s Hrishikesh Brahmachari, who had accompanied the seer during his visit to Space Applications Centre, Ahmedabad, in 2016.

He dismissed it as figment of some reporter’s imagination. “Neither did ISRO seek any suggestion from Shankaracharyaji before the mission nor did he advice them on any aspect of the launch of Chandrayaan-2. Someone mixed the seer’s visit with the launch and came up with a story without any credentials,” he said.

He further said that the seer had delivered a speech about the importance of Vedic mathematics during his visit to the Centre when Alur Seelin Kiran Kumar was the Chairman, Space Commission as well as Chairman, ISRO. “Shankarachayaji had spoken on several issues including science, Vedic Mathematics and ‘Khagolshastra’ (astronomy) and references to space in our scriptures and how ISRO scientists can benefit by having some knowledge of the same. He also shared his views on how development was leading to destruction in today’s world and how ‘Shastra’ formed the basis of modern-day science,” he said.

Tapan Mishra, who was chairman of the Ahmedabad centre then, and several distinguished scientists were present during the speech, he said

The scientists took the seer around the research centre and explained to him about the working of the satellites and projects, including ‘Magalayan’ and ‘Chardrayaan-2’, he said

The speech by the Shankaracharya has been distorted to make it seem that ISRO scientists consulted him ahead of the launch of Chandrayaan-2, he added.

ISRO too has denied consulting the Puri seer on Chandrayaan-2 mission.

An Evening With A Legend Called Dr Manoj Das