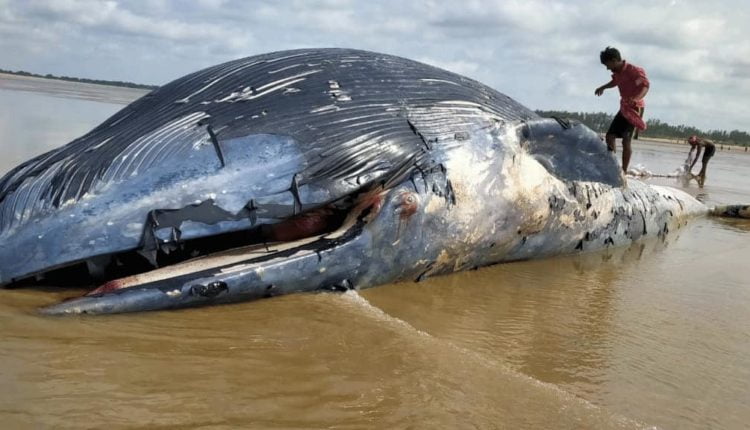 Kolkata: A 36-foot-long critically injured whale was found on the shore of Mardamani in West Bengal’s Midnapore district on Monday.

According to media reports, locals found the endangered mammal’s head lying in a pool of blood and there were injury marks on its tail and body.

On being informed, local police and officials from the state forest department rushed to the spot.

The carcass of the whale is being examined by experts to ascertain the cause of its death, the reports added.

Mandarmani, a popular tourist destination, is 150 km away from Kolkata.

Earlier on May 23, a 40-feet-long whale had washed ashore in the Gahirmatha marine sanctuary area in Odisha’s Kendrapara district. There were no injury marks on its body.