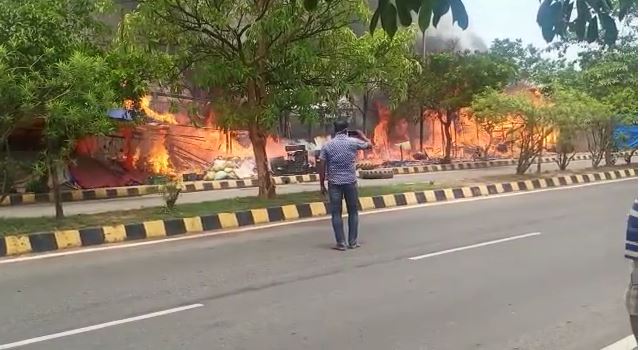 Bhubaneswar: Eight shops were reduced to ashes after a fire broke out in a market near Madhusudan Park at Pokhariput in Bhubaneswar on Sunday.

On being informed, fire brigade team rushed to the spot and was engaged in dousing the blaze.

While it is too early to predict the reason behind the fire, fire personnel  said suspect short circuit as the cause. As shops are closed due to weekend shutdown, there were no shopkeepers at the spot, said sources.

However, investigation is on and more details are awaited.

Odisha Cares: 15% Beds To Be Reserved For Children In COVID Hospitals