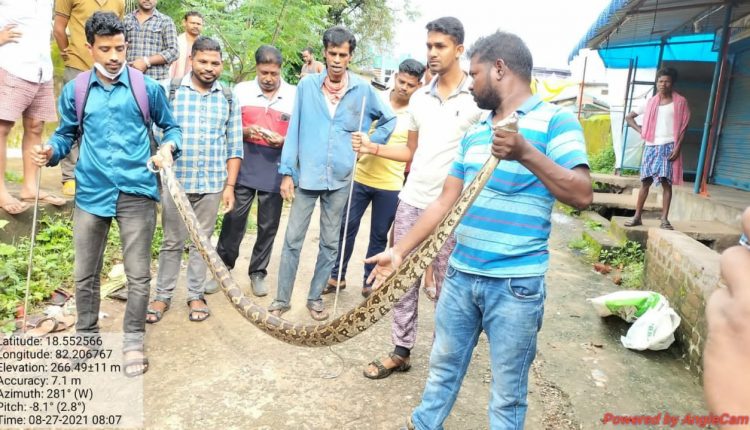 Malkangiri: A 9 feet long python, which had entered a poultry farm for food, was rescued in the district.

According to sources, Girija Shankar Dalei of Mathili Sadar block spotted the python in his farm and informed the Forest officials on Friday morning. The huge snake had apparently eaten some hens and ducks in the farm and was resting.

Later, they took the 14-kg python in a bag and released it in suitable habitat in nearby forest.

Yo Yo Honey Singh Skips Court In Domestic Violence Case, Gets Final Warning

Single Dose Of Covaxin To COVID Infected Equals To 2 Doses For Unaffected: ICMR