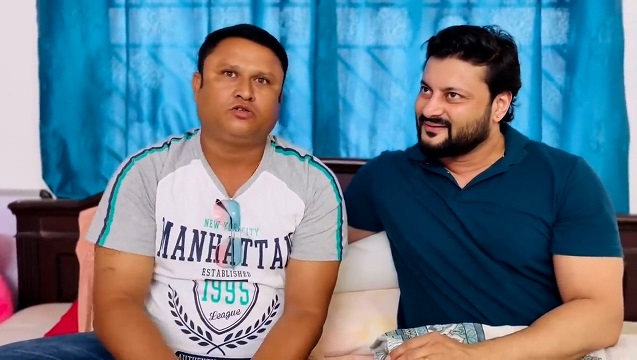 Bhubaneswar: Kendrapara MP and actor Anubhav Mohanty has shared one more video but it’s not about his wife Varsha Priyadarshini against whom he has filed for divorce.

In the video, Anubhav, without naming her, talks about an actress who had spoken out against him, questioned his character and his behaviour towards women. Saying that everything the woman said were lies, Anubhav said he shot the video to tell people the truth.

The video also features one of the actor-MP’s childhood friends named Dipu who had organised a family event two-three years ago at Katarpur in Jajpur district. The actress in question, who Anubhav said has featured in Odia albums and acted in films, had attended the event along with many other film personalities, artistes and singers. After the event, Dipu’s family had organised dinner for all the invited artistes at their place.

Anubhav said the actress misbehaved with some elderly people there and even used foul language following which he shouted at the actress not to misbehave. After this incident, the actress started speaking out against him, the MP said, as he asked Dipu, who witnessed the incident, to state the facts.

The Orissa High Court has restrained both Anubhav and Varsha from posting anything on social media against each other. This is Anubhav’s fifth video. The first three were on Varsha and were released before the HC passed the restrain order.