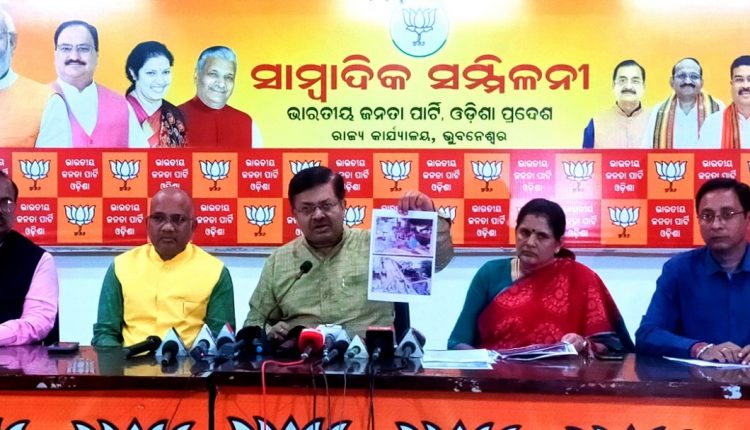 Addressing a press meet in Bhubaneswar, state BJP general secretary Prithviraj Harichandan alleged that over 1.5 lakh eligible people whose names figured in the provisional waiting list prepared in 2018-19 are missing from the tentative list of beneficiaries.

Accusing the state government of trying to benefit BJD supporters while preparing the list of PMAY beneficiaries, he alleged that names of over 1.5 lakh eligible people have been deleted with political motive.

“Discrepancies are noticed as there is an attempt to favour BJD workers and supporters,” he claimed.

Asking the state government to maintain transparency while preparing the list of beneficiaries, the senior BJP leader said that the tentative list of 2018-19 should be used as a reference.

Referring to the grievance process, Harichandan said that the government should open a grievance cell at the block office and not at the panchayat office to avoid any unpleasant situation.

Moreover, the identities of the people who want to share information about ineligible persons should be kept secret to prevent unwanted incidents in villages. “Therefore, grievance boxes should be kept at block offices instead of gram panchayat offices,” he said.

The BJP leader also asked the government to use the Pradhan Mantri Awas Yojana logo. The nomenclature of the national flagship programme cannot be changed, he said.

If the state government fails to provide houses under the PMAY to all the needy and eligible beneficiaries, BJP will launch an agitation and take out a march to gherao Naveen Niwas, the CM’s residence in Bhubaneswar.