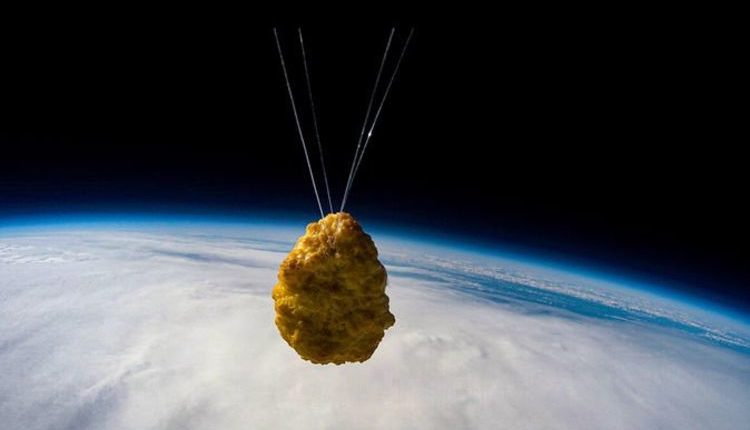 This is the first time that a chicken nugget, a juicy chicken snack, has been sent to space rather than missiles and rockets.

According to reports, the ‘chicken nugget’ reached nearly 1.10 lakh feet above the Earth in just 45 minutes.

The chicken snack then returned to earth with the help of a parachute.

Watch this video to see how the ‘chicken nugget’ was thrown into space:

We don’t know who needs to hear this, but we sent the first ever chicken nugget into space today 🧑‍🚀

Why? We have no idea, but it was out of this world! 😉 pic.twitter.com/XGmkT9ShBO

So far, the video has garnered nearly 600k views on Twitter.

Netizens were overjoyed to witness the journey of a chicken nugget into space and started posting hilarious comments.

We really DO deliver anywhere!! 😁

I thought "there MUST have been chicken nuggets in space, they send Americans up all the time" so I looked up all the known NASA menus…

They have sent chicken patties (larger, round), chicken teryaki & similar, but never nuggets. Well done! You beat America in this space race.

Lots will ask 'Why?', but the real question is 'Why not?'
Well done, a applaud this.

I’m glad to see the nugget arrived safely, did you eat it? I would’ve eaten it… pic.twitter.com/4aEaDYOtYB

Welcome Prediction: ‘Coronavirus Will Get Weaker And Become Common Cold’