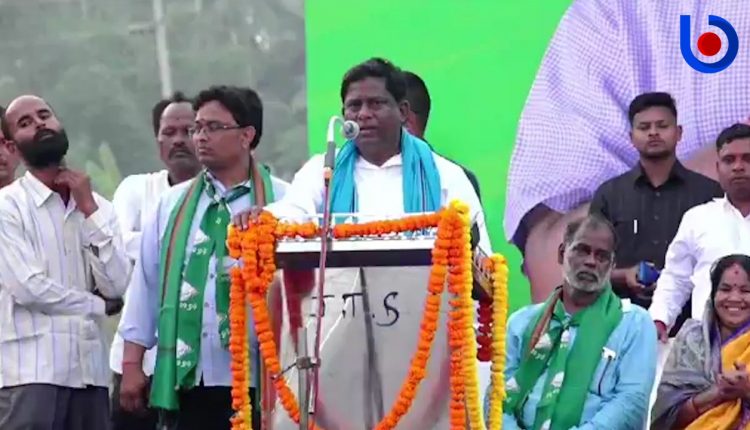 Addressing BJD’s ‘Jansampark Padyatra’ in Puri, the former Minister said that all efforts must be made to defeat these forces and foil their conspiracy to loot the wealth of the state.

“Some foreign powers have an eye on our wealth. They are trying to loot Odisha’s rich mineral resources and (Srimandir) Ratna Bhandar. We have to defeat these elements … foil their conspiracy,” the BJD Secretary said.

The senior ruling party leader, however, did not name the foreign powers he was referring to, but sought the blessings of the almighty to enable the people to defeat the evil design of these forces.

Stating that certain forces had shown the British the path to make a foothold in Odisha, Das Burma said similar forces are active in the state even today. “We need to defeat these forces and foil their conspiracy,” he said, recalling the path shown by legendary Biju Patnaik.

Stating that he was given important positions including ministerial posts by Chief Minister Naveen Patnaik, the BJD leader said after his defeat in election, he was made Deputy Chairman of the Planning Board by the Chief Minister.

“However, today the situation has changed. Some people think every decision and action taken by them will be accepted. Fitting reply will be given to such conspirators,” Das Burma said.

He said Brahmagiri in Puri district will not be allowed to suffer because of  any form of compromise. Das Burma hails from Brahmagiri.

Amazon Plans To Lay Off 10,000 Employees