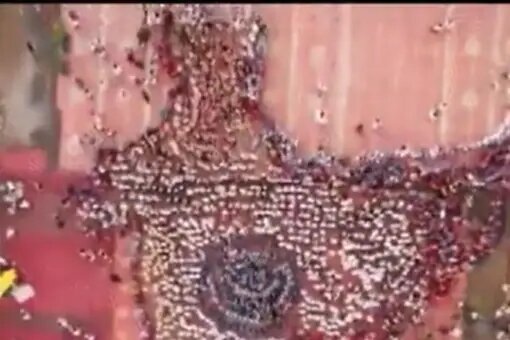 The human chain consisted of 5,000 children, social workers, and other individuals. The programme was hosted by a social institution named ‘Jwala’ at the Divya Shakipeeth in Indore. The founder of the imitative, Dr Divya Gupta was quoted as saying that it was an effort to create a new record by breaking the former by marking it as the largest geographical human shape of India.

“We had made a human chain on the map of India, and not only on the border but also inside it. Earlier, a human chain was formed on the boundary line of the country’s map, but we gathered people inside by making tricolor and blue Ashok Chakra in the middle. Total 5,335 people participated in this event,” Dr Gupta was quoted as saying by ANI.

Earlier, Chandigarh University along with the NID Foundation had entered The Guinness World Record by forming the largest human chain of waving the national flag.