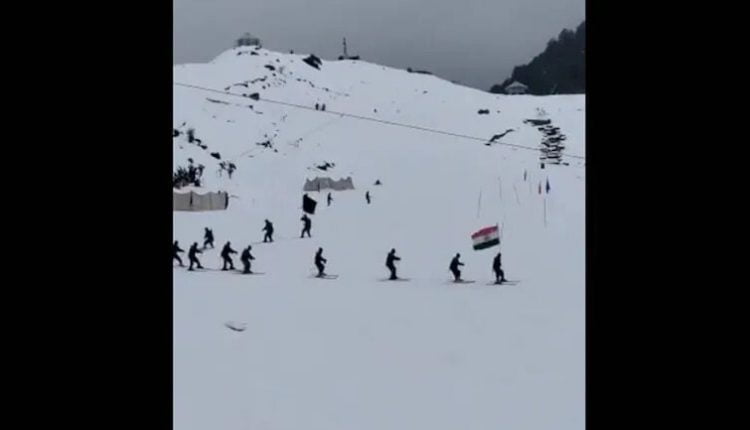 New Delhi: The Indo-Tibetan Border Police (ITBP) ‘Himveers’ celebrated the 73rd Republic Day with a unique march past on skis on the slopes of the Himalayas in Uttarakhand’s Auli.

The ITBP contingent can be seen skiing down the slopes at a height of 11,000 feet at minus 20 degrees Celsius in a video posted by ANI.

The ITBP, known as the ‘Sentinels of the Himalayas’, posted several videos and images of its personnel with the national flag. In another video which was shot in Ladakh, the ITBP personnel are seen performing a march past.