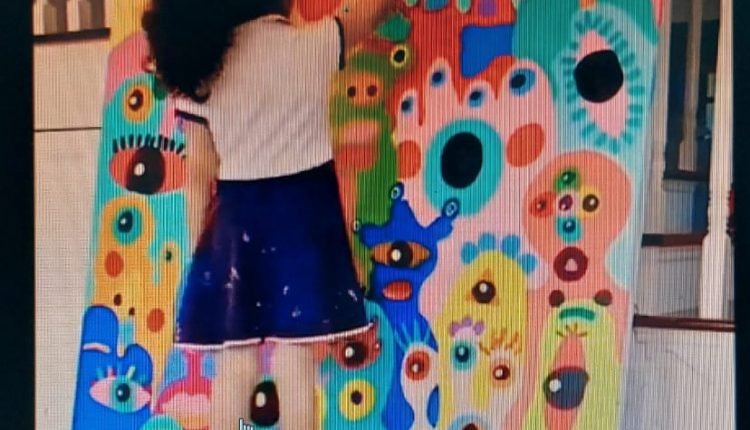 A 5-year-old painter’s video has gone viral and has drawn a million views in a short time after it was posted in the social media handle.

A huge blank canvass gets colourful makeover with the little girl putting her imagination on it.

The doodle art clip by the child was shared on Twitter account named Buitengebieden. In viral video, the girl starts from scratch but the end result is sure to leave you mesmerised. “5-year-old artist doing her thing (sic),” the video caption read.

“That’s not just talent. Think of the perseverance and desire that goes into something like a painting that large. Most kids can’t focus on something for more than three minutes. Also, she’s obviously had some instruction, but she’s massively talented (sic),” read a comment.